My client purchased software license on which service tax and vat,both has been charged. I am not sure whether TDS On same is to be deducted or not.If yes then under which section. What will be the accounting treatment ie., whether to write off the amount or to be capitalised? 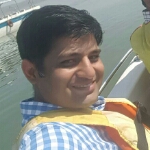 In my view there is no need of tds In case of purchase of software license. It can be capitalise.
1 Like

There is no need to Detucted tds on Purchase on Software and treated as a expendoture, not capatilised

As per FA 2012, TDS wil be deducted in a case where, Software Licence has been acquired from outside India, otherwise there is no requirement to deduct TDS.

no TDS compliance will fall in place..

Section 194J is attracted  when  payment is made for royalty.Finance Act 2012 has added explanation to the meaning of royalty u/s 9 of Income Tax Act  whereby, royalty  includes payment for any right to use a computer software.Hence,provision of tds u/s 194J gets attracted in the case mentioned

In exercise of the powers conferred by sub-section(1F) of section 197A of the Income-tax Act, 1961 (43 of 1961), the Central Government hereby notifies that no deduction of tax shall be made on the following specified payment under section 194J of the Act, namely:-

(i)        the software is acquired in a subsequent transfer and the transferor has transferred the software without any modification,

(a) under section 194J on payment for any previous transfer of such software; or

(b) under section 195 on payment for any previous transfer of such software from a non-resident, and

(iii)      the transferee obtains a declaration from the transferor that the tax has been deducted either under sub-clause (a) or (b) of clause (ii) along with the Permanent Account Number of the transferor.

IN SHORT NO TDS REQUIRED TO BE DEDUCTED

ITEM CAPITALISED IS NOT SUBJECT OF TDS YOU HAVE TO DEDUCT TDS IF IT IS COME UNDER THE TAXABLE SERVICES.

BUT IN CASE OF PAPER LICENSE TDS IS NOT APPLICABLE