REMOVAL OF AUDITOR IN THE PVT. LTD. COMPANY

HOW WE CAN REMOVE AUDITOR IN THE PVT. LTD. COMPANY. KINDLY LET ME KNOW IT IS VERY URGENT ?

Board of directors has no power to remove an auditor

The Board of directors of a company has no powers to remove an auditor appointed by the company in general meeting. Accordingly, the said auditor can be removed only by the company in general meeting after receiving the previous approval of the Central Government under section 224(7). Powers has been delegated to the Regional Director vide Notification No. GSR 288(E), dated 31-5-1991.

As per Section 224(7) an auditor can be removed before expiry of his term only by the company in general meeting after obtaining the previous approval of the Central Government (Power has been delegated to the Regional Director).

Removal of first auditors.—The company may, at a general meeting, remove first auditor(s) or all or any of such auditors and appoint in his or their places any other person or persons who have been nominated for appointment by any member of the company and of whose nomination notice has been given to the members of the company not less than fourteen days before the date of the meeting.

I DONT THINK SO U NEED ANY MORE CLARIFICATION MR.AMAR

What if the auditors gives the letter stating the unwillingness to perform the audit ?

In case of unwillingness removal is not required. After receiving the letter of his unwillingness discuss the matter in BM and finalise the name of new auditor to be appointed in the AGM.

Also give details of new auditor in AGM notice and mention the unwillingness of previous auditor as a reason of his dis-continuation with the company.

In the AGM appoint the new auditor with the approval of members.

There is a diff between unwillingness and resignation in company law. An auditor can resign in the middle of the FY but can not express his unwillingness to continue audit.

In other words unwillingness is concerned with the re-appointment as auditor in the AGM for the whole FY.

All the queries posted in CA Club are open ended scheme :) Message posted 1 yr ago are answered now. Modulator ji-can u put a system so that the author himself, on his satisfaction, can tag the discussion as asnwered satisfactorily'?

An auditor has been removed by a company without taking approval from central govt /RD.What are the remedies available to auditor or what counter part is available to him against new appointed auditor and company.New auditor has neither informed nor taken and NOC from previous auditor

Dear Sir, i think the share holders can remove the auditor by giving special notice u/s 190 of the companies Act,1956 in the AGM and auditor will be given an opportunity to submit his statement

One of my clinte has newly formed company.In which he has made no trasaction since it was his incenption year.He has appointed Auditor,and offer letter was given,stating that the fee will be mutually agreed.But now The auditor is demanding the fees which is very high and he is not even signing balance sheet unless the cheque is given to him nor he is giving resignation.

Further,Among board of Director,a promoter director has also in the side of Auditor,He holds 5% share of the company.Threre are total four directors.

Now ,the management is in trouble how to deal and tackle in this matter.

If the auditor is in sick he unable to do his service, company will deside to remove the auditor by giving notice for NOC company can do like this?

I want letter format for asking NOC from auditor, The auditor is sick he unable to do the all IT fillings. 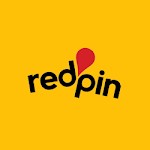 Hi.... There's a situation where the auditor refuses to audit and refuses to give resignation too. Also the previous term is over. He is not working, he is not resigning, the date 31st March 18 to file for 2016-2017 is also over. We are stuck and helpless. Pls guide.