10 August 2013
OPPORTUNITIES
A young man wished to marry the farmer's beautiful daughter. He went to the farmer to ask his permission.

The farmer looked at him and said, "Son, go stand out in that field. I'm going to release three bulls, one at a time. If you can catch the tail of any one of the three bulls, you can marry my daughter."

The young man stood in the field awaiting the first bull. The barn door opened and out came the biggest, meanest looking bull he had ever seen.

He decided that one of the next bulls had to be a better choice than this one, so he ran over to the side and let the bull pass through.

The barn door opened again. Unbelievable... He had never seen anything so big and fierce in his life. It stood pawing the ground, it eyed him. Whatever the next bull was like, it had to be a better choice than this one he thought. He ran to the fence and let the bull pass through.

The door opened a third time. A smile came across his face. This was the weakest bull he had ever seen. This one was his bull, he said to himself. As the bull came running by, he positioned himself just right and jumped at just the exact moment. He threw his hands to grab..... But alas..... The bull had no tail.


Moral:  Life is full of opportunities... Always grab the first one..!! 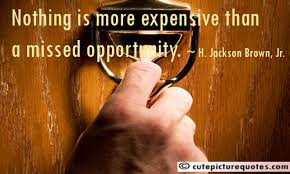 Life is full of opportunities... Always grab the first one..! 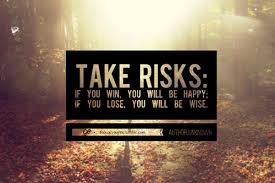 This is a good read. Sometimes I have to be reminded that I need to get out of my comfort zone in order for me to experience life more and grow.

We can face anything, even the biggest one and the fiercest one, as long as we face it with firm faith in God and for His Glory!

Thanks Deepak for this nice and moral based story.