What should I do in that situation please advice

It is difficult to speculate what could be the reason behind that INFLATED 143(1) intimation.

It seems there is an error either on part of AO or on part of the person who had filled the ITR Form since additions u/s 143(1) of more than twice the amount of Income declared by the assessee is something which raises doubt.

Keep in mind u/s 143(1) AO can disallow only those claims which are apparently incorrect.

I think in the present case a personal visit to AO along with the copy of intimation is the best option before depositing the amount.

First ascertain the fact before taking any action.

Your client could have made mistake while entering some figures, like instead of Rs. 290000/- your client might have written Rs. 590000/-

Secondly also Check as to what is the amt of the Gross Receipts/ Sales, like is it above Rs. 5,90,000 or below this figure.

If it is below this figure than there is some mistake apparent.

I endorse the replies above, with just one correction.  No adjustment is possible as Amir has stated.  Only those claims which are patently inadmissible like set off business loss against salary or higher interest claimed under HP etc.are corrected that too by the automated software which the Departmental people are using. 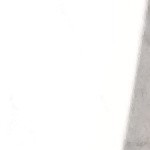 As the 143(1) notice is just the Intimation with regards the arithmetical processing of the online return provided by you to the IT Department. It is also called Summary Assessment. As per Income Tax Act 1961, if we are not satisfied by the Intimation u/s 143(1) then we should file an application under section 154 of the IT Act 1961, in which we will provide the details which has been escaped from the Consideration of AO while preparing the summary assessment.

Basically we will be providing the ITR V(Return verification Form of Acknowledgement) showing Gross Income and details of return And IT Comutation of the Client on the basis of which we have filed the return(As Enclosures to the rectification Letter).

Now there are 2 parts.. Firstly if the intimation is received from the WArd then It should rectification u/S 154 letter should be submitted in the Ward and an order u/s 154 shall be chased from the department which itself is the correct Assesment.

Secondly if the intimation is received from CPC bangalore( i.e. Central Processing centre) then the same letter seeking rectification u/s 154 shall be sent to the CPC address at Bangalore seeking reference of the Intimation Letter..

If any more assistance you require on this issue , then you can feel free to contact me at my mail address. which is in pm to you..


Hope the above would serve your purpose.

It can be rectified by sending rectification letter to the CPC bangalore address. Send the letter with the following details.

Send the letter to the following address.In the cover mention " Rectification letter for the AY 2009-10"

I agree with Imthiyaz. that should be the procedure to deal with CPC.

I hope in the above issue, Rectification U/s 154 will not work as it is not the mistake apparent from record. He/She should file revised return.

upload the xml file after login by using information on 143(1) notice..

(Guest)
this is possible if you have left some columns blank. Like you claimed depreciation in P & L A/c and detail of calculation has been left blank. https://taxbykk.blogspot.com/

Is it necessary that the coloumn remains blank. Cant we file a Revise Return.

can any body provide format letter of Rectification of mistake u/s 154 of the Income Tax Act , not consdered the brought forward losses by the department.