I HAVE TO DO MEMBERS VOLUNTARY WINDING UP OF PRIVATE COMPANY , KINDLY HELP ME WITH IT , I HAVE NO IDEA HOW TO GO FOR IT, WHAT RESOLUTION TO BE PASSED?? , WHAT ROC FILING IS NECESSARY ??

AN EARLY REPLY WILL BE APPRECIATED. 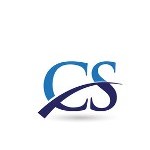 1. Call Board meeting, at a meeting of the Board, directors make a declaration of solvency verified by an affidavit stating that they have made full enquiry into the affairs of the company and that having done so they have formed an opinion that the company has nodebts or that it will be able to pay its debts in full within such period not exceeding three years from the commencement of the winding up as may be specified in the declaration.

3.convene a meeting of the members of the company and pass the necessary resolution of winding up. In General Meeting appoint one or more liquidator & fix his remuneration.

4.The company has to give notice to the Registrar relating to the appointment of liquidator or liquidators made by it under Section 490, of every vacancy occurring in the office of the liquidator, and of the name of the liquidator or liquidators appointed to fill every such vacancy under Section 492. The notice aforesaid shall be given by the company in within 10 days of the event to which it relates. In case of default, the company and every officer of the company (including every liquidator or continuing liquidator) who is in default, shall be punishable with fine extending up to ` 1,000 for every day till the default continues [Section 493]. The liquidator must also inform the Registrar of his appointment within thirty days thereof and publish the notice
in the Official Gazette (Section 516). He is also required to file Form No. 152 of the Companies (Court) Rules, 1959 with Registrar. He is also required to notify his appointment to the Income-tax Officer who is entitled to assess the income of the company. He must also comply with the other provisions of the Section 178 of the Income Tax Act.

If on such scrutiny the Official Liquidator makes a report to the Court that the affairs of the company have been conducted in a manner prejudicial to the interest of its members or to public interest, the Court shall by order direct the Official Liquidator to make a further investigation of the affairs of the company and for that purpose shall invest him with all such powers as the Court may deem fit.

On the receipt of the report of the Official Liquidator on such further investigation, the Court may either make an order that the company shall stand dissolved with effect from the date to be specified by the Court therein or make such other order as the circumstances of the case brought out in the report permit. If the liquidator fails to call a general meeting of the company, he is also liable to fine extending up to `5,000 [Section 497(5) to (7)].

1.is appointment of liquidator a must in all kind of winding up(for both pvt and public Cos)..?if yes ,what if a company have (audited) NIL balance sheet(only capital and PL balance)..or company is going for winding up after paying all its debts -Pls give details