Please share your opinion on this new investment avenue.

It has been decided by the Government of India, as per their Notification F.No. 4(16) W&M/2012 dated December 19, 2013, to issue Inflation Indexed National Savings Securities- Cumulative, 2013 (“the Bonds”) with effect from December 23, 2013 to December 31, 2013. The Government of India reserves the right to close the issue earlier than December 31, 2013. The terms and condition of the issue of the Bonds shall be as follows:

The Bonds may be held by:-

i) an individual, not being a Non-Resident Indian- (not for NRI)

iii) (a) 'Charitable Institution' to mean a Company registered under Section 25 of the Indian Companies Act 1956, or

(b) an institution which has obtained a Certificate of Registration as a charitable institution in accordance with a law in force; or

(c) any institution which has obtained a certificate from Income Tax Authority for the purposes of Section 80G of the Income Tax Act, 1961.

iv) 'University' means a university established or incorporated by a Central, State or Provincial Act, and includes an institution declared under section 3 of the University Grants Commission Act, 1956 (3 of 1956), to be a university for the purposes of that Act.

Income Tax: Interest on the Bonds will be taxable under the Income-Tax Act, 1961 as applicable according to the relevant tax status of the bonds holder.

Subscripttion to the Bonds will be in the form of Cash/Drafts/Cheques/online through internet banking. Cheques or drafts should be drawn in favour of the bank (Receiving Office), specified in paragraph 10 below and payable at the place where the applications are tendered.

The date of issue of the Bonds in the form of Bonds Ledger Account will be opened (issued) from the date of receipt of funds/realisation of draft/cheque.

i) Applications for the Bonds may be made in the application format attached or in any other form as near as thereto stating clearly the amount and the full name and address of the applicant.

ii) Applications should be accompanied by the necessary payment in the form of cash/drafts/cheques/online through internet banking as indicated in paragraph 6 above.

Applications for the Bonds in the form of Bonds Ledger Account will be received at:

(b) Any other bank or number of branches of the banks and SHCIL where the applications will be received as specified by the Reserve Bank of India in this behalf from time to time.

The Bonds in the form of Bonds Ledger Account shall be transferable to nominee(s) on death of holder (only individual/s).

The Bonds will bear interest at the rate of 1.5% (fixed rate) per annum + inflation rate calculated with respect to final combined Consumer Price Index [(CPI) Base; 2010 = 100]. Final combined CPI will be used with a lag of three months to calculate incremental inflation rate (i.e. final combined CPI for September would be used as reference CPI for all days of December). Interest will be compounded with half-yearly rests and will be payable on maturity along with the principal.

The Bonds shall not be tradable in the secondary market. The Bonds shall be eligible as collateral for loan from banks, Financial Institutions and Non-Banking Financial Company (NBFC). The lien to that effect will be marked in the depository (RBI) by the authorised banks.

Handling charges at the rate of `1.00 (Rupee one only) per `100.00 will be paid to the authorised banks on the subscripttion received by them from investors.

I also saw the ad in the newspaper..I understand that the key advantage of these inflation indexed bonds is that they can provide positive real rate of return in prevailing environment where many instruments provide negative real return..however they will be less attractive once inflation moves downwards..Again I'm not an expert in bonds so its just a plain simple investor view..Expert comments welcome 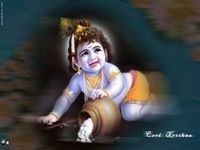