16 March 2016
If a person is already a director in a private company which has not filed its Annual return to ROC for 5 years and from last 2 years also a director of another private limited. What can be done in order to make up for this situation now?

do the necessary filings

As per Section 164 (2) (a); No person who is or has been a director of a company which has not filed financial statements or annual returns for any contiinuous period of three financial years shall be eligible to be re-appointed as a director of the company or appointed in other company for a period of five years from the date on which the said company fails to file.

He should not have been appointed as director of other company since by that first company has failed to file financials and annual returns for threes, he is disqualified for appointment or re-appointment. 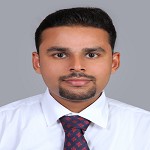 Kindly check whether he has submitted his disqualification in form DIR-8 before he was appointed as director in the second company. If not, he is liable to penaly u/s 167(2) of CA, 2013. In that case he have to go for compounding of offence u/s. 621A of the Companies Act, 1956.

The first company was required to file form DIR-9 to ROC within a period of 30 days of failure furnishing therein the names and addresses of all the directors of the company during the relevant financial yeairs due to the disqualification incurred u/s 164(2)(a) - Pls refer Rule 14 of Companies (Appointment and Qualification of Directors), Rules, 2014. If not, the officers of the company specified in Sec 2(60) shall be officers in default. They are also required to go for compounding of offence u/s 621A of the Companies Act, 1956.

Hope the matter is clear to you.

Please note that the penalties under Companies Act, 2013 are now heavy compared to erstwhile Companies Act, 1956. So be careful about the compliances.

I agree and understand all thi. But now the damage is done, so can anything be done to rectify all that?

Dear sec 164 (2) is applicable only for public com and not for private company.

Can u please quote the notification where it is not applicable for a pvt company?