Companies to have uniform financial year under companies act

Hence a company was at its liberty to follow any financial year whether or not it ends on 31st March. However, for the purpose of Income Tax, accounts will have to be made on 31st March.

In simply terms the period to which the balance sheet and profit and loss account to be laid before a company in Annual General Meeting relate is called a "financial year".

It is pertinent to quote Section 210(4) of the Companies Act, 1956, here. As per section 210(4) a financial year may be less or more than a calendar year, but it shall not exceed fifteen months. The financial year may extend to eighteen months, where special permission has been granted in this connection by the concerned Registrar of Companies [Proviso to section 210(4)]. Thus, annual accounts may be prepared for a period up to eighteen months with the special permission of the Registrar on the application submitted in the Form 61.

Needless to mention that in terms of the Income-tax Act, 1961, it is mandatory for companies to follow uniform accounting year, i.e., ending 31st March. Hence to align with the provisions of the Income tax Act, companies to have a uniform financial year ending on 31 March each year.

In this regard kindly go through the section 2(41) of the Companies Act 2013, which is reproduced below:

Provided that on an application made by a company or body corporate, which is a holding company or a subsidiary of a company incorporated outside India and is required to follow a different financial year for consolidation of its accounts outside India, the Tribunal may, if it is satisfied, allow any period as its financial year, whether or not that period is a year:

Provided further that a company or body corporate, existing on the commencement of this Act, shall, within a period of two years from such commencement, align its financial year as per the provisions of this clause;

As is evident from the reading of second proviso to section 2(41) of the Companies Act, 2013, a company or body corporate, existing on the commencement of Companies Act, 2013, not having financial year ending on the 31st day of March every year, shall, within a period of two years from such commencement, must ensure its financial year will be the period ending on 31 March every year.

I would request to all the learned readers to share their opinion with respect to above interpretation and opinion regarding financial year of a Company/Body Corporate under Companies Act, 2013. 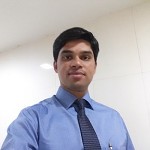 Thanks a lot Adnan for taking note of the post.

Thanks for sharing.. This new companies act is taking back us to schools. :-)

As per act if the the company or its Holding or Subsidiary company form outside india apply to tribunal on the descreation of Tribunal can opt the financial year on tribunal decision.

My question as our co is Indian Co. but our falgship co is using calaender year. Can we still opt calaender year inspite of Fiancial Year?

please share the procedure for change of Financial Year

My question is if a company incorporated in March 2014, can we can we prepare financial statements for the period March 2014 to March 2015 (i.e., 13 months) under new companies act 2013, considering the above defination in BOLD letters.

Thanks you for your reply!!

I want to change my client's financial year ending 31st december every year in alignment with the provisions of New Act.

Can u tell me WHAT IS THE PROCEDURE FOR THE SAME

only BR is sufficient for extending F.Y. upto 3 months

"I want to change my client's financial year ending 31st december every year in alignment with the provisions of New Act. Can u tell me WHAT IS THE PROCEDURE FOR THE SAME"

Would passing of BR would suffice or do we need to intimate ROC, regadring such changes?