The government has decided to issue biometric PAN (Permanent Account Number) cards to taxpayers across the country to weed out the problem of duplicate and fake ones. The decision was taken recently by the Union finance ministry and it comes in the wake of a Comptroller and Auditor General report that asked the Income Tax department to ensure that a single tax payer is not issued multiple cards. The proposed new biometric PAN cards would bear the I-T assessee's fingerprints (two from each hand) and a photograph of the face.There could be an option to existing PAN card holders to opt for the biometric cards, but it may not be mandatory, a senior official in the I-T department said. The finance ministry and the I-T department had put on hold the biometric PAN card project last year to avoid duplication with the UID numbers to be issued by Nandan Nilekani's Unique Identity Authority of India. "The bioemetric PAN card project is on again. The step will be very important when it comes to stopping the misuse of this vital identity document," top sources in the finance ministry said. The biometric PAN card was proposed by the then Finance Minister P Chidambaram in 2006 to counter the problem of duplicate PAN cards which were uncovered during I-T searches and raids by police and other enforcement agencies. 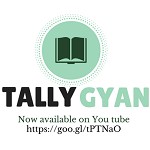 thanks for the info...