AHMEDABAD: Creating a record in its placement history, the Institute of Chartered Accountants of India (ICAI) has placed three of its candidates at a record salary of close to Rs 70 lakh with Singapore-based Olam International. This is the highest ever salary offered to fresh CAs recruited from the ICAI campus, the apex body that conducts the CA examination and places the successful candidates every year. Earlier, a record salary of Rs 38.25 lakh was offered in 2007.

The three candidates who have been offered the record salary, almost double the earlier high, were picked by the agriculture supply chain major from ICAI’s Chennai campus. Olam plans to hire around 8 candidates from ICAI. 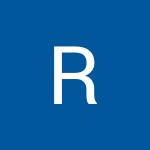 Can anyone tell the marks of that guys or any other quality because if that they were selected.

m nt sure bt i jst knw dat marks realy do mattr wen u go 4 an exam.....as newly ca passouts students do not hav job xperience so obviously d recruiters wil b choosing on past academic records and othr personality traits...i hav evn heard abt students who were rejectd by sum companies in campus placement bcoz ot took dem attmpts 2 clear ca-final xam 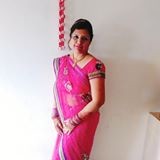 its a great news for CA students....

its an inspiration for everyone to become a successfull CA's

thanks for informing us...