Recently heard News from Hyderabad one girl commited suicide on First day of Exam her name is Ashwini. In year 2010  3 girls  Committed suicide.

Among  3 members Mr.Sagar Subhash Pimpalkar is one of the person  committed suicide when he was doing his CA Inter.His parents claimed that he was so intelligent he intentionally took this course with full of interest. Then also he hanged himself to die. This has happened in January 2010.

Ashwini from Hyderabad committed suicide on first day exam of CA Inter,November 2010. The third person details we don’t have , victim was girl.

ALL THESE HAPPENING JUST DUE TO OVER STRESS THAT THEY CAN’T PASS.

Reasons behind committing suicide and also failure in Exams :

Parents should encourage their children instead of  comparing others.

DO YOU KNOW HOW MANY CHARTERED ACCOUNTANTS are IN INDIA?

DO You think every one passed in first attempt. There are so many people who passed in their second,third,fourth even after ten Attempts. The people who attempted more than ten attempts aren’t they  getting good salary . Is there any guarantee that first attempt passed student will get high salary? It all depends up on individual.

There are some  Chartered Accountants who passed their Exams in more than 10 attempts who are very successful in their respective fields now(eg : Teaching,Authoring Books, Practicing CA) in INDIA.

ICAI Taking each and every step to make student ease for preparing for Exams.

Like this it has introduced and providing best opportunities for Students. Students has to make themselves strong mentally they can pass CA. I am not targeting or stressing up only on Who Committed suicides but also who are dropping out after not getting passed . Because just go and look up in some institutes there are people are age more than 50+ are taking admissions for CA CPT. See How much demand this CA Course have? Please don’t end your lives or neither don’t loose your hope.

What you should do ?

This article is an eye opener for parents and also for students who are struggling to get that title. Your efforts are highly appreciated. Very nice of u...

Truly a Good one ! 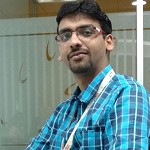 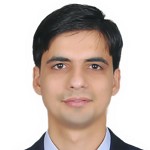 Nice article, it would be better if you post this article again in article column so that students who generally does not come in "Others" forum, could access to this article.

Its already there in CACLUBINDIA 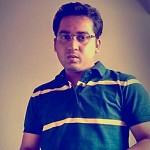 Do CA , they r never unemployed and will never , u can Earn with no limit, its cheapest course , and much guidance, online material is available After 1 or 2 years situation will change According to report ( American jobs council , UK accountancy , EU accountancy)Indian CA's will be higher paid CA's in the world with many fold increase in demand for them and fresher CA, s would get around minimum 10-12 Lac and more package, there would be hiring spree for Indian CA, s, will be in much great demand therefore many foreign students r also trying to get this professional course , it will be highest paid Accountancy professional course in the world and they would be scarcity of CA's.They earn many times more than engineers ,BHMS and homeopathy doctor And even more than MBBS Doctors 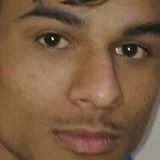