An “Audit Committee” is a key element in the Corporate Governance process of any organization. The emergence of corporate governance, which refers to the establishment of a structural framework or reforming the existing framework to ensure the governing of the company to best serve interests of all stakeholders, is a vital concept which has become indispensable in the present capital market state of affairs so as to safeguard the interest of stakeholders.

In the United States, the New York Stock Exchange has required all listed Companies to have audit committees composed solely of independent directors. In India, the 1992 stock market scams had stunned the investors by shaking their confidence and that paved the way for emergence of Corporate Governance & Audit Committee. Recommendations by various committee’s on the code of corporate governance starting for the Cadbury Committee for Corporate governance constituted in the United Kingdom to the Committee on Corporate governance constituted by the Securities Exchange Board of India under the Chairmanship of Kumar Mangalam Birla have all recommended the setting up of an Audit Committee in companies to safeguard the interest of investors and restore their faith.

The Board of Director’s of a company is responsible and accountable for sound financial reporting. The Audit Committee being a sub-group of the full board is enshrined with the responsibility of monitoring the process supporting responsible financial disclosure to ensure better corporate governance. It is not the role of the audit committee to prepare financial statements or engage in the myriad of decisions relating to the preparation of these statements. The Audit Committee is formed to regularly review processes and procedures to ensure the efficacy of internal control systems so that the accuracy and competence of the reporting of financial results is maintained at high level at all times. It is imperative for the members of Audit Committee to have formal knowledge of accounting and financial management or experience of interpreting financial statements. The Committee’s function is clearly one of supervising and monitoring, and in carrying out this function it relies on the senior financial management of the company and the outside auditors. Thus, the role of the Audit Committee is to perform as a catalyst for effective and transparent financial reporting.

Section 292A requires that every public company having paid-up capital of not less than5 crore shall constitute an Audit Committee of the Board. The other requirements are given as under:—

A. Qualified and Independent Audit Committee

A qualified and independent audit committee shall be set up and shall comply with the following:

(ii) All members of audit committee shall be financially literate and at least one member shall have accounting or related financial management expertise.

Explanation (ii) : A member will be considered to have accounting or related financial management expertise if he or she possesses experience in finance or accounting, or requisite professional certification in accounting, or any other comparable experience or background which results in the individual’s financial sophistication, including being or having been a chief executive officer, chief financial officer, or other senior officer with financial oversight responsibilities.

(iii) The Chairman of the Committee shall be an independent director;

(iv) The Chairman shall be present at Annual General Meeting to answer shareholder queries;

(v) The audit committee should invite such of the executives, as it considers appropriate (and particularly the head of the finance function) to be present at the meetings of the committee, but on occasions it may also meet without the presence of any executives of the company. The finance director, head of internal audit and when required, a representative of the external auditor shall be present as invitees for the meetings of the audit committee;

(vi) The Company Secretary shall act as the secretary to the committee.

(B) Meeting of Audit Committee

The audit committee shall meet at least thrice a year. One meeting shall be held before finalization of annual accounts and one every six months. The quorum shall be either two members or one third of the members of the audit committee, whichever is higher and minimum of two independent directors.

The audit committee shall have powers which should include the following:

1. To investigate any activity within its terms of reference.

2. To seek information from any employee.

3. To obtain outside legal or other professional advice.

4. To secure attendance of outsiders with relevant expertise, if it considers necessary.

(i) The role of the audit committee shall include the following:

1. Oversight of the company’s financial reporting process and the disclosure of its financial information to ensure that the financial statement is correct, sufficient and credible.

2. Recommending the appointment and removal of external auditor, fixation of audit fee and also approval for payment for any other services.

3. Reviewing with management the annual financial statements before submission to the board, focusing primarily on;

(a) Any changes in accounting policies and practices.

(b) Major accounting entries based on exercise of judgment by management.

4. Reviewing with the management, external and internal auditors, the adequacy of internal control systems.

6. Discussion with internal auditors any significant findings and follow up there on.

7. Reviewing the findings of any internal investigations by the internal auditors into matters where there is suspected fraud or irregularity or a failure of internal control systems of a material nature and reporting the matter to the board.

8. Discussion with external auditors before the audit commences about nature and scope of audit as well as post-audit discussion to ascertain any area of concern.

10. To look into the reasons for substantial defaults in the payment to the depositors, debenture holders, shareholders (in case of non payment of declared dividends) and creditors.

Explanation (i): The term “related party transactions” shall have the same meaning as contained in the Accounting Standard 18, Related Party Transactions, issued by The Institute of Chartered Accountants of India.

(i) The Audit Committee shall mandatorily review the following information:

2. Management discussion and analysis of financial condition and results of operations;

3. Reports relating to compliance with laws and to risk management;

6. The appointment, removal and terms of remuneration of the Chief internal auditor shall be subject to review by the Audit Committee.

Audit Committee under The Companies Bill, 2011

Clause 177 of The Companies Bill, 2011 will deal with the Audit Committee.

Provided that majority of members of Audit Committee including its Chairperson shall be persons with ability to read and understand, the financial statement.

For the purpose of the sub-clause (ii), the expression ‘independent director’ shall mean a non-executive director of the company who:

a. apart from receiving director’s remuneration, does not have any material pecuniary relationships or transactions with the company, its promoters, its directors, its senior management or its holding company, its subsidiaries and associates which may affect independence of the director;

b. is not related to promoters or persons occupying management positions at the board level or at one level below the board;

c. has not been an executive of the company in the immediately preceding three financial years;

i. the statutory audit firm or the internal audit firm that is associated with the company, and

ii. the legal firm(s) and consulting firm(s) that have a material association with the company.

e. is not a material supplier, service provider or customer or a lessor or lessee of the company, which may affect independence of the director;

f. is not a substantial shareholder of the company i.e. owning two percent or more of the block of voting shares.

6) As per Sub-clause (5) of Clause 149 of The Companies Bill, 2011 an independent director in relation to a company, means a director other than a managing director or a whole-time director or a nominee director—

(iv) is a Chief Executive or director, by whatever name called, of any nonprofit organisation that receives twenty-five per cent. or more of its receipts from the company, any of its promoters, directors or its holding, subsidiary or associate company or that holds two per cent. or more of the total voting power of the company; or

(f) who possesses such other qualifications as may be prescribed.

Sorry for Inconvenience with regards to formating of the Article. Therefore, I am attaching the same in word file. Your views, opinions, suggestions, questions and feedbacks are welcomed.

Thank you sir, it is very informative and useful.

(Guest)
Sir My spicial gratefulness to you for your valuable attachments. It's very good work Sanjay Sir.

Thanks a lot Sir for this highly useful file!!

Thank you all for your kind appreciation....

Thank you for sharing an important topic. 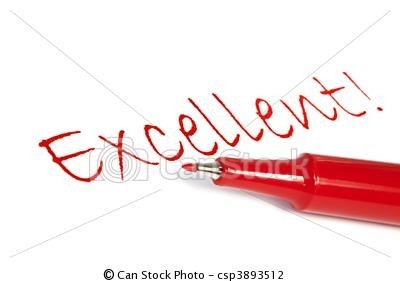