A journey to CA

There was a boy name him X, who was dull in studies. So his dad sends him in top boarding school of India. But again he didnt concentrate on studies and got only 70% in 10th and was awarded last 20 from below..lol. But for his parents this 70% was more than enough. They started to push him for Engg., but X was different. Although he had 87 marks in Maths, but never wished to be Engg.Again he follow his parents guidelines and scored 57% in 12th but never cracked IIT or other Engg stuffs. As he was from good family, his father was eager to give donation for admission in good Engg College. So platform was ready for him. But suddenly some thing happened in his life and changed all the surroundings.

One of his father's friends visited his home. He asked to X, what you want to do in your life. X replied dont know, may be Engg or cricketer or any job will do. Then uncle said him, look at my son he is doing what he wana to be and it is the best course in india i.e CA, and you dont even know your future, huh. X replied-I too can do CA, what so strange in it. X dad told X that you dont mess up, just go and take rest, you have to be Engg.But X was determined that he will be a CA. He pleaded his parents and after approval he taken admission in PE1. Studied hard for a year, faced a lot of problem in differentiating debit and credit. After 1st paper in exam i.e of accountancy, he thought that he cant be CA, so went for a movie along with one of his friend.In between movie, he thought that why to take risk, its matter of 3 more days, so better give exam and if fails, then last option is open i.e donation Engg college. So in intermission he returned to his room and studied law whole night. given all papers and returned home. How 2 month elapsed, no 1 knows. Suddenly a telephone call comes from his friend and he told him that X you r pass. You got exact 200 marks. What to say, the best day for X and his family. Now his parents started believing him. He went to some big town for PE2, taken articleship. But now X was not the same X. He was overconfident. He thought that if i can pass PE1 in 1 attempt then CA must be a joking course. PE2 exam came. Failed in all subject. 2nd attempt failed in 4 paper and 50+ in IT only. nothing changed in 3rd attempt too. Till then he and his family was shattered. He started to look at CA in negative manners. Now he feels that CA is not a casual course rather Come Again course. He cleared PE2 in 4th attempt. Again same goody goody family.And again that overconfidence of getting good marks. He wasted his 1st attempt of final and one of his friend become CA in that attempt. So it jolted X very badly. He pushed himself harder and cleared 1st group with vry gud marks i.e 83 in Law. He got an offer from TOP MNC for a post of Sr. EX. Every one suggested him to complete CA first but he didnt listened. He accepted that offer n become buzzy in 12-14 hrs work schedule.

From office, he again taken leave of a month for preparation of 2nd grp of final, but all in vain. Got 29 in cost. Every one start shouting on him, even his collegues started pulling his leg. He was nowhere. He has lost his 6 years.Parents thought that whatever he is earning is much more than expected. But still they make him understand about being a CA rather a good earner.3rd attempt, got 70 in MICS and so little happy but dashed all hopes. Now everyone told him to leave CA, it’s not your cup of tea. From G/F to Boss, every one.Due to this he again changed his job to another great MNC with double hike. Left all the memories behind, came in new city rather unknown city. He started to focus on his weakness. his 4th attempt was due, but never discussed with anyone. whenever his friends call him, he casually replied.He has taken 17 days leave for his 4th attempt i.e from 1st May to 17th May 2010. He started to study DT first but thought Singhania has given only 30+ marks so better switch to Manoharan. He went to market and in JOSH he purchased new books of Cost,DT and IDT. But all in vain, within 2 days he was confussed so he stick to old books. Got bl**dy back pain, very painful. He was alone there, so no one was to help him.But never told his parents. He was so helpless that he can’t even walk. Anyhow due to one of his collegue, he got medicine and able to walk again. So finally given 4th attempt but was assured that costing is really tough and will stop him from becoming CA.

July 13, 2010 he approached his manager for a leave of 5 days to visit his friend place for marriage. On 18th July he attended his friend's marriage.As his friend's place was near to jammu, he planned to go to Mata Chowki(Vaishno Devi) on 19th morning. So he and one of his friend has decided that tomorrow they will visit that. On 19th around 11 am he get up from bed, taken coffee. Suddenly his friend asked him, that dude today is your result na. Dont know how and why X replied him-Yaar i think i am going to crack this time. Just he was saying good bye to all family members of his friends, a call came from one of his friend. She asked him, hey X, how it feels to be called as CA X. He didnt understand. Then she told him that buddy you have cleared this time. Got 40 in cost, 45 in DT and 62 in IDT. He was so happy he thanked all and directly called his mom n dad. Mom started crying by the joy, dad msgd him that today is the best day for his whole family and he has made them proud. Without wasting time he went to Vaishno Devi.....good 14 km up then 14 km down. then returned to delhi, then to nagpur and finaly to his city. All his friends started asking him, why you are not happy. Its your best day but still, he replied in the journey of CA, he has lost a lot, some friends, some relatives and more important a faith of parent. So he called up his parents and want to know that how it feels to be parents of a CA, cant describe the emotion of his parents. Once he was good for nothing and today a CA. Now he has that confidence but yes not the over confidence.

Those people who make jokes on him are pleasing him, those friends who never trusted on his caliber, take swear on him, parents proudly say my son is CA, Manager got a chance to say, my fund manager is CA and more important Mr X feel proud in writing CA X. 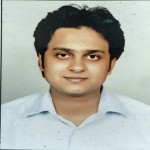 Your real Story inspiring for new entrants like us..

Very inspiring story.Thanks a lot for motivating us.

i was from science background and this story just touched my heart....really thanking you from the bottom of my heart for such a good post. Tears are jst rolling from my eyes.

Thanks for sharing ur story.

Give the moral of the story to the students

@ Vivek, i think if i look back to this long journey, one should keep three points in mind-

1. Dont be over confident

2. Always trust your will power

I have seen people who easily giveup after a attempt or two.....but you know in 1st attempt of PE2, i was unable to categorize that from which chapter this question is. So keep motivating urself guys.......

JOb at snr exe. post at mnc even without passing CA? how come? side mein mba karr rahe thei?

Thank you for giving your comment and feed back

I should add one more thing, when i selected by that company, i was neither a BCOM nor CA, just given test and 2 round of interview, and selected. Still before 19th July i was not BCOM or CA. This was really scaring me, i was getting good offers from other company too, but rejected in last round due to not having any degree. But kudos to both company who has shown faith in me.

@ shanshank..its good u done with CA..but u must agree that CA course must change......CAT like entrance where ICAI should take LIMITED students n clear them in EXACT time should happen....else many will ruin their life....ICAI exam is tough no doubt but no focus on specific course like mba finance no focus on presentation skills.....no doubt even not so good b school r much ahead of CA qualifieds...but what about only ca inter passed out?they r no where.........................