Pressurised and humiliated by her family to fulfill a marriage promised by her parents when she was just three, a 22-year-old Chartered Accountant (CA) in Rajasthan's Jodhpur attempted suicide inside a police station by consuming poison.

Divya Choudhary was just three when she was engaged to Jeevraj despite child marriage being a punishable offence in India. As per the police complaint, for the past few years, Jeevraj's family had been pressuring Divya to honour the promise made by her parents' years ago. Divya stalled the matter for some time and then refused to marry Jeevraj. But this did not go down well with the local panchayat which slapped a cash penalty of Rs 16 lakh on Divya's family.

Before the panchayat meeting on Sunday (October 28), Divya reached the police station and consumed poison in front of the police and her family.

The investigation of the case has been handed over to a DSP rank officer of the SC/ST Cell Narayan Singh, said DCP (East) Aman Deep Singh. A police complaint has been filed against five persons, including a sarpanch, and the father of the present Zila Pramukh of Jodhpur, police said. ..... 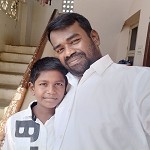 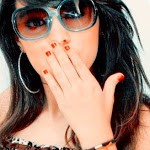 It is too bad.

Suicide is a crime, I will God bless her and take care of her.

It is bad news bad custom has killed a girl and dreams of a girls. There should be strict action on all people who were involved in this matter .
1 Like