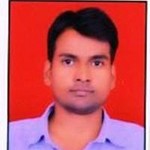 Summary on Registration of a company , LLP ,OPC in India

Closure of a Private Limited Company in India