On the basis of inputs received from PCCO by using BIFA tool and intelligence further developed by the officers of CGST Mumbai West Anti Evasion team, a case was booked on nine (9) companies run by a 40 year old exporter Shri Santosh Kumar Singh. He has been operating nine export companies and 44 fake ITC issuing companies with the objective of claiming fraudulent refund of ITC and Drawback. All the companies were created in the name of office boys/ peons who were not even aware of the activities of the companies of which they were made proprietors.

Shri Santosh Kumar Singh created 44 fake/bogus companies for issuance of fake invoices and passing on ITC to nine export companies which were involved in fraudulent exports, without the supply of any goods. These nine companies on the strength of the fake invoices claimed ITC refund to the tune of Rs.12.08 crores and also claimed drawback amounting to Rs. 4.22 crores. 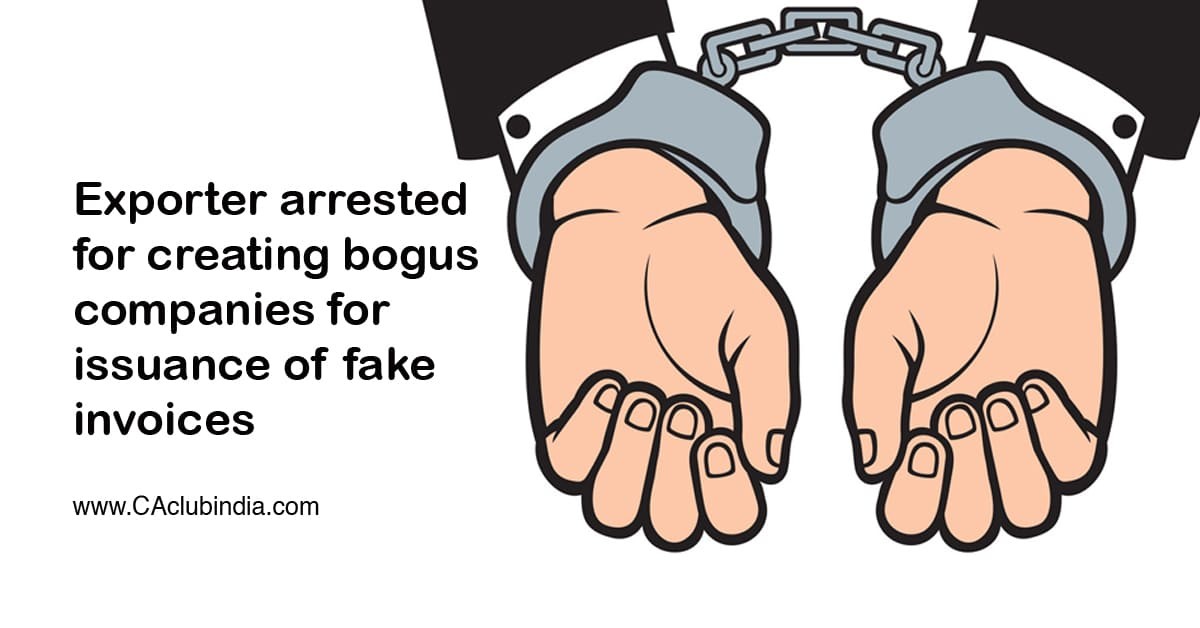 Shri. Santosh Kumar Singh was arrested on Monday (January 11, 2021) and produced before the Hon’ble Magistrates Court today (January 12, 2021), wherein he was remanded to judicial custody till January 25, 2021.

Further investigation is in progress.