What is self occupied property (for nri)

If a NRI owns 2 residential properties in India which are not factually let out, then can he claim that both properties as self-occupied (for AY 2019-20) and assessed their income as NIL?

Can it be challenged by the assessing officer with an argument that NRI/ his family members don't live in these properties so the whole intent of giving exemptions for self-occupied house property under the law is defeated and accordingly, these properties can be treated as deemed to be let out and can be taxed?

For Assessment year 2019-20, only one (any) can be declared as SOP; another will be deemed let out.

One SOP cannot be challenged for any reason.

A recent amendment allows 2 properties which can be claimed as SOP. My concern is under this scenario where AO can always argue that none of these 2 properties were actually occupied for self purposes by the NRI/ his family members.

What is your view?

If there is no straight answer then do confirm this.

You can claim exemption as per the provision of act, provided not actually let out. 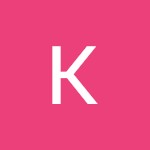 These deeming provisions are as per Act duly enacted. Can not be challenged. From AY 2020-2021 two house properties will be SOP provided they are not actually let out.

Investing in Indian real estate is a hot favorite among Non Resident Indians (NRIs). And like every other investment, real estate comes with its share of tax challenges. As we approach the due date for filing tax returns in India for the year 2011-2012, let us look at a tax law relating to real estate that is peculiar to the Indian Income Tax. This law is applicable to both residents as well as NRIs. However, unless they have a regular relationship with a chartered accountant in India, NRIs tend to miss this particular law.

According to the Indian Income Tax Act, if a taxpayer (resident or NRI) owns more than one house property, only one of them will be deemed as self-occupied. There will be no income tax on a self-occupied property. The other one, whether you rent it out or not, will be deemed to be given on rent. If you have not given the second property on rent, you will have to calculate deemed rental income on the second property (based on certain valuations prescribed by the income tax rules) and pay the tax thereof.

1.  If you have only one house in India and you have given it on rent, you would need to pay tax on rental income

2.  If you have only one house in India and you have not given it on rent, you do not have to pay any tax on that property. This is because that house will be deemed as self-occupied and there is no tax on self-occupied property.

3. If you have two houses in India and have given both on rent, you would need to pay tax on rental income of both

4. If you have two houses in India and you have not given either on rent, then one house will be treated as ‘self-occupied’ and no tax will be levied. The other house will attract deemed rental tax provision. You will have the discretion to make the choice.

Thanks but your reply is relevant to the era when the Income tax Act provided an express exemption of one self-occupied property. In AY 20-21, Act provides an exemption for 2 self-occupied house properties so considering above, NRI can claim tax benefit even if both houses remain vacant throughout the previous year relevant to AY 20-21.

Is it really necessary to occupy these 2 house properties to claim self-occupied property benefits? Think from a NRI assessee point of view who always stay outside India.

1. That’s not necessary. If it is not actually let out during the year then house property will not be charged to tax.
2. I am aware many NIR's have house property in India and stay abroad without renting it out. In that case, Deemed to be let out concept will not apply here.
3. To answer your question, it is not necessary to occupy the house property to take the annual value as Nil.
Please correct me if the above solution has an alternative view. 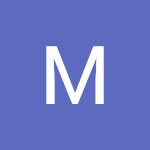 I am aware that some benefits are not available to NRIs, so was not sure on this.