11 June 2017
my individual business turnover is 1.5 crs and I incurred loss of 2lak. Will it attract tax Audit or not.

Yes same is required to be audited as profit is less than 8% of turnover. 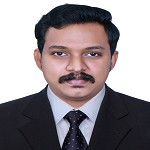 No. Tax Audit (sec 44AB) doesn't attract in this case. As per section 44AD Income declared by the assessee is lower than the 8% and it exceeds the maximum amount not chargeable to tax (Basic exemption limit) then only tax audit attracts. In this case assessee incurs loss, so

NO you don't have to get your account audited as your turnover is below 2cr u/s 44ab(a). further u/s 44ab(D) attract when your income is less Than 8% and is above maximum exemption, but in your case its loss.

if profit is more than 8% will it attract tax Audit

You are takin wrong interprrtation of 44AD Amit Agarwal.

If income is less than 8% even if it is loss you are required to get audit.
1 Like

No audit required if declared income 8% or more than 8%.
1 Like

Relevant point under section 44AD for clearing this doubt-Notwithstanding anything contained in the foregoing provisions of this section, an eligible assessee who claims that his profits and gains from the eligible business are lower than the profits and gains specified in sub-section (1) and whose total income exceeds the maximum amount which is not chargeable to income-tax, shall be required to keep and maintain such books of account and other documents as required under sub-section (2) of section 44AA and get them audited and furnish a report of such audit as required under section 44AB.
2 Like

For your business you do not need to tax audit. The provision of tax audit are described as follows, please read it

Starting financial year FY 2016-17 (return filing for AY 2017-18), presumptive income scheme has been extended to professionals with receipts up to Rs 50 lakhs. Under this scheme, their income is assumed to be 50% of receipts. Books of accounts are not required to be maintained and audit is not applicable.

I agree with Ms. Rashmi Gandhi.

The amendments vide section 44AD(4) & (5) have been quite confusing when it comes to proprietorship businesses. These new subsections shall apply from AY 2017-18 onwards.

If one were to critically analyse those sections, it may be interpreted that the new section 44AD(4) applies only to such AY in which income declared is less than 8% (or 6%) of turnover; but in any prior AY (but starting from AY 2017-18) income had already been declared on presumptive basis.

Hence, my answer to this thread would be that: 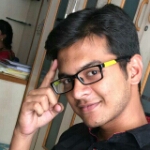 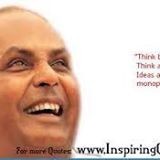 ye to be required for audit

Yes, You require to get your accounts audited. As per amendment by Finance Act, 2016, if the turnover of the business is less then Rs. 2 Crore and you are a qualified assessee you can avoid audit by declaring 8% of turnover as profit. However assessee who declares profit less than 8% is suppose to get his accounts audited.

If your turnover is below 1 crore rupees and your income is below taxable limit no need to audit your accounts.

But if your turnover is above 1 crore and declare a profit below 8% of turnover even if it is loss you should get your accounts audited.