Story: The reason why I hate articleship

I am writing this down as my head aches greatly. I am still having hangover from last night’s “party-sharty” where we had  “some” sips from the Russian vodka, which we stole from our principal’s cabin. Obviously, I will upload this only after some days; when I will be free from hangover and I will be able to edit some controversial topics, if any. Well, our CA will be furious when he sees the empty bottle but if by chance he asks we shall say,” sir, may be it was the cat”. Or may be,” sir, ur partner was lurking around ur room last night……” He surely wont dare to ask the partner ; and if he does then this fledgling partnership firm will surely dissolve.

I am a teetotaler; orrr I was till last night. I didn’t want to touch it. It is haraam; and might be a sacrilege by our religion(I am not muslim; but my sanskaar also forbids). But after  much coaxing , I had some sips ; then one whole cup. And with no water. Both the CAs were out and we articles were having a jolly time; cracking some jokes about the CAs and sometimes about their s*x lives too. One of my friends is head over heels infatuated by the sister of the partner, even though she is 40; he claims that her “smell” is heavenly. I say to myself,” Tharki ke sangat mein ye jat bhi tharki hogaya.” I just hope that we didn’t have some onlookers who could complain to the CAs.

The vodka appeases my frustrations. A minimum of 1.5 years to go(6 months of them extension). I just had a row with the CA not to give extension. He cited the march 27 rules to warn me buzz off or else I will “complain to the icai disciplinary committee and make my 2.5 years of articleship nil.” That drunkard often does this, not only to me but to others too. The grapevine even suggests that he has a mistress and she is one of our clients. How shocking! But even after much insistence, my seniors doesn’t give me her identity coz I am too truthful for them; and might try to blackmail the CA. SOB, they don’t realize; that my d*#k is so much inside burning oil that I can’t afford to raise my voice a bit. Though I do so quite often. My only saving grace is that many prominent clients have liked my work and one of them is my distant but close relative. But I can’t take a chance ; icai takes too much of time for students’ cases; u might get the judgement of Babri Demolition in time; but not any case in icai’s case.

The client I hate the most is the CA’s saala; yaa the same “pain in the ar#e” who brought the vodka on his “business trip” in Moscow. He seems that he is not my CA’s saala; rather his jijaa is uttam agarwal; none of the articles like him. They loathe him. He uses expletives quite often; and without using his brains just screams when we try to reason about IT laws and audit rules with him. As if being my principal’s saala makes him above law. And u won’t find more shameful person than that bugger. Just a few days ago; he was talking loudly about his exploits in some brothel in Moscow. Someone should show him MMS about my buddhaa CA fcking his mistress and twotiming his sister; then he will understand that woman can’t be seen as a “s*x-toy” only. Beh$#n-chor kahikaa! Had I been an intern in some other profession; I would just have thrown the file at the CA’s face; and left the office.

You may pay us paltry stipend! But being a citizen of a independent, sovereign, democratic  country; I have some self-honour; and I would like people to respect that and my human rights.

very sad. Write the same to icai. Realyy very sad. How can it b possible in professional life. Take transffer as soon as possible.

god bless you my friend. i really understand your feelings.

The smiling assasin rarely assasin rarely raises his voice against me; may be he is afraid of my doh kilo ka haath. But he surely has the key to my being a CA; and i had taken transfer 6 months after joining articleship as my first CA had left practise and gone abroad.

Jose...I have no words to say after reading this!!!

i can totally understand ur situation. my ca also making my  life hell as he knows only 2 months of my training remains.n says may be serve me a exension as well 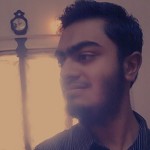 I have seen worse cases man. My friend showed me videos of his co-articled assistant washing drinking glasses in the office! I'm hell serious. I saw it with my own eyes!! They make them do things like getting their clients coat from a distant place, recording the kilometers of his car droven by his driver to keep  a check on the driver and also cleaning up the mess in the office!! Wth do they think of us, the cheap losers!