If a small business (eligible under section 44ad) files return at 8% profit of his turnover, but his actual profit is 20%, can he be penalized undere section 270A as mis reporting/under-reporting.

He says section 270 can be used in the comments.

For your First Question:

Firstly Section 44AD of The Income Tax Act, 1961 is a special provision for computing income on Presumptive Basis.

Now the question that crosses one's mind is "Then whats the point of having such a presumptive rate of tax??". To this I would say, where an assessee opts for this section, the IT Dept. cannot compel him to furnish Books of accounts as long as his Income offered to tax does not fall below 8%. ie., you dont have to maintain books of accounts if your Gross receipts does not exceed Rs.1 crore.

Coming to your second question:

Where one has opted for section 44AD, declares income @ 8% and later his actual profit turns out to be 20%.. Would he be in trouble?

Well, if the Dept. is able to corroborate the fact that you have actually made profit @ 20%, then you may just have opened up the doors for trouble. You will get penalised under the notorious section 271(1)(c) - Concealment of Income.

PS. I think you have got the sections jumbled up. Section 270 was scrapped almost 3 decades ago. Also, there is a new section introduced for imposing Penalty for Mis-reporting information vide Finance Act, 2016 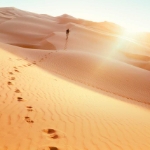 but how can IT department can prove that profit is more. because you have no books of account.

Okay My apologies Karthik. I thought I saw section 270. I stand Corrected.

Thats right. Section 270A is the newly introduced section for penalising misreporting.

Regarding the question on How the IT Department proves the excess profits, they will find out only when you invest the earnings somewhere or you deposit the earnings in a bank. They may be pulling up those cases where there is a mismatch or disparity of INCOME against INVESTMENT.

If such an assessee were to stay away from banks and investments, then finding him will be a much tougher task for the IT Dept.

Yes. You maybe right. But there are so many different analysis/interpretations regarding this.

Would you care to give your view on this analysis :

https://goo.gl/xXzbzF
According to their analysis it is perfectly legal for to declare income at 8% even the actual income is more than 8%.

Karthik.. I have gone through the article at Tax-Origins. Its seems they have given a pretty literal interpretation of the Section.

The Theoritcal view is much far from reality. Here I am only giving a practical perspective on this issue.

Besides, in support of my view, I write below the very words of Shri S. Rajaratnam (M.A., L.L.M., F.I.C.W.A. - renowned Tax Expert) regarding the above issue:

"........Sec. 139 expects every person with taxable income to furnish a return of his income, that is made by the assessee and not merely what is presumed by law.

In this sense, presumptive tax under the income-tax law is an one-way street binding the assessee to presumptive income as the minimum on which he would be liable, while obliging him to file return for a larger amount, if he has made it.

If his investment, household expenses or such other evidence indicate that he has a larger income than the presumptive one, he would be taking a risk in reporting presumptive income as his income.

In the light of the above position of law, there cannot be any immunity from enquiry on the part of an assessee if he reports presumptive income or a higher income, since nothing prevents the assessing officer from establishing a still higher income, if the assessee has made it."

On a conclusive note, I would say its always risky to report lesser income under 44AD. Eventhough maintaining Books of Accounts is not required, the Income Disparity can be easily noticed by analysing the spending patterns and Investments of an assessee, which the Dept is very good at doing.

To avoid unnecessary penalties and sleepless nights, it is always advisable to disclose fully and truly one's income.

@ Dhirajlal Rambhia ,  Sir could you please explain why you answered "No". Would really appreciate to hear your views on this matter.

The answer is specific to your question : "can he be penalized undere section 270A as mis reporting/under-reporting."

Other things are already discussed. (in this thread and also in your earlier query)

no way ..once assessed

I agree that the Department cant go back and asses the Income If we Opt to Presumptive taxation and show Income @ 8% on the turnover...

But some points to be taken into consideration...

If a person opts to presumptive taxation , he has to declare profits @ 8% on the turnover and pay tax on that.. and he need not mantain books of accounts...

but in that year , if Department could trace a property or if the person has made a Fixed deposit of Rs.10,00,000 claiming that , i.e the profit for that year., then it might become an issue ., that as per presumptive the income declared is Rs.6,40,000., but the Property valued of Rs.10lacs has been procured...

i invites the attention of the Officers