What does information mean?

Information means any material in any form including records, documents, memos, e-mails, opinions, advices, press releases, circulars, orders, logbooks, contracts, reports, papers, samples, models, data material held in any electronic form and information relating to any private body which can be accessed by a public authority under any other law for the time being in force[S.2(f)].

What does Right to Information mean?

It includes the right to -


What are the obligations of public authority?

It shall publish within one hundred and twenty days of the enactment:-

the particulars of its organization, functions and duties;
the powers and duties of its officers and employees;
the procedure followed in its decision making process, including channels of supervision and accountability;
the norms set by it for the discharge of its functions;
the rules, regulations, instructions, manuals and records used by its employees for discharging its functions;
a statement of the categories of the documents held by it or under its control;
the particulars of any arrangement that exists for consultation with, or representation by the members of the public, in relation to the formulation of policy or implementation thereof;
a statement of the boards, councils, committees and other bodies consisting of two or more persons constituted by it. Additionally, information as to whether the meetings of these are open to the public, or the minutes' of such meetings are accessible to the public;
a directory of its officers and employees;
the monthly remuneration received by each of its officers and employees, including the system of compensation as provided in its regulations;
the budget allocated to each of its agency, indicating the particulars of all plans, proposed expenditures and reports on disbursements made;
the manner of execution of subsidy programmes, including the amounts allocated and the details and beneficiaries of such programmes;
particulars of recipients of concessions, permits or authorizations granted by it;
details of the information available to, or held by it, reduced in an electronic form;
the particulars of facilities available to citizens for obtaining information, including the working hours of a library or reading room, if maintained for public use;
the names, designations and other particulars of the Public Information Officers.[S.4(1)(b)

What is not open to disclosure?

The following is exempt from disclosure [S.8)]

Only that part of the record which does not contain any information which is exempt from disclosure and which can reasonably be severed from any part that contains exempt information, may be provided. [S.10]

What does a "public authority" mean?

It means any authority or body or institution of self-government established or constituted: [S.2(h)]
by or under the Constitution;
by any other law made by Parliament;
by any other law made by State Legislature;
by notification issued or order made by the appropriate Government.and includes any-
body owned, controlled or substantially financed
non-Government organization substantially financed directly or indirectly by the appropriate Government.
Who is excluded?

Central Intelligence and Security agencies specified in the Second Schedule like IB, R&AW, Directorate of Revenue Intelligence, Central Economic Intelligence Bureau, Directorate of Enforcement, Narcotics Control Bureau, Aviation Research Centre, Special Frontier Force, BSF, CRPF, ITBP, CISF, NSG, Assam Rifles, Special Service Bureau, Special Branch (CID), Andaman and Nicobar, The Crime Branch-CID-CB, Dadra and Nagar Haveli and Special Branch, Lakshadweep Police. Agencies specified by the State Governments through a Notification will also be excluded. The exclusion, however, is not absolute and these organizations have an obligation to provide information pertaining to allegations of corruption and human rights violations. Further, information relating to allegations of human rights valuations could be given but only with the approval of the Central or State Information Commission, as the case may be. [S.24)]

Who are 'Third Parties'?

A third party means a person other than the citizen making a request for information and includes a public authority. Third parties have a right to be heard in respect of applications and appeals dealing with information submitted by them to the Government in confidence. [S.2(n) and S.11]

Who are Public Information Officers (PIOs)?

PIOs are officers designated by the public authorities in all administrative units or offices under it to provide information to the citizens requesting for information under the Act. Any officer, whose assistance has been sought by the PIO for the proper discharge of his or her duties, shall render all assistance and for the purpose of contraventions of the provisions of this Act, such other officer shall be treated as a PIO.

What are the duties of a PIO?

PIO shall deal with requests from persons seeking information and where the request cannot be made in writing, to render reasonable assistance to the person to reduce the same in writing.

PIO may seek the assistance of any other officer for the proper discharge of his/her duties.

PIO, on receipt of a request, shall as expeditiously as possible, and in any case within 30 days of the receipt of the request, either provide the information on payment of such fee as may be prescribed or reject the request for any of the reasons specified in S.8 or S.9.

Where the information requested for concerns the life or liberty of a person, the same shall be provided within forty-eight hours of the receipt of the request.

If the PIO fails to give decision on the request within the period specified, he shall be deemed to have refused the request.

Where a request has been rejected, the PIO shall communicate to the requester - (i) the reasons for such rejection, (ii) the period within which an appeal against such rejection may be preferred, and (iii) the particulars of the Appellate Authority.

PIO shall provide information in the form in which it is sought unless it would disproportionately divert the resources of the Public Authority or would be detrimental to the safety or preservation of the record in question.

If allowing partial access, the PIO shall give a notice to the applicant, informing:

a. that only part of the record requested, after severance of the record containing information which is exempt from disclosure, is being provided;

b. the reasons for the decision, including any findings on any material question of fact, referring to the material on which those findings were based;

c. the name and designation of the person giving the decision;

d. the details of the fees calculated by him or her and the amount of fee which the applicant is required to deposit; and

f. his or her rights with respect to review of the decision regarding non-disclosure of part of the information, the amount of fee charged or the form of access provided.

If information sought has been supplied by third party or is treated as confidential by that third party, the PIO shall give a written notice to the third party within 5 days from the receipt of the request and take its representation into consideration.

The qualifications for appointment as SCIC/SIC shall be the same as that for Central Commissioners.

What are the powers and functions of Information Commissions?

3. CIC/SCIC will have powers of Civil Court such as -
summoning and enforcing attendance of persons, compelling them to give oral or written evidence on oath and to produce documents or things;
requiring the discovery and inspection of documents;
receiving evidence on affidavit ;
requisitioning public records or copies from any court or office
issuing summons for examination of witnesses or documents
any other matter which may be prescribed.
4. All records covered by this law (including those covered by exemptions) must be given to CIC/SCIC during inquiry for examination.

What is the jurisdiction of courts?

Lower Courts are barred from entertaining suits or applications against any order made under this Act. (S.23) However, the writ jurisdiction of the Supreme Court and High Courts under Articles 32 and 225 of the Constitution remains unaffected.

What is the role of Central/State Governments?

Develop educational programmes for the public especially disadvantaged communities on RTI.
Encourage Public Authorities to participate in the development and organization of such programmes.
Promote timely dissemination of accurate information to the public.
Train officers and develop training materials.
Compile and disseminate a User Guide for the public in the respective official language.
Publish names, designation postal addresses and contact details of PIOs and other information such as notices regarding fees to be paid, remedies available in law if request is rejected etc. (S.26)
Who has the Rule making power?

Central Government, State Governments and the Competent Authority as defined in S.2(e) are vested with powers to make rules to carry out the provisions of the Right to Information Act, 2005. (S.27 & S.28)

Who has the power to deal with the difficulties while implementing this act?

If any difficulty arises in giving effect to the provisions in the Act, the Central Government may, by Order published in the Official Gazette, make provisions necessary/expedient for removing the difficulty. (S.30)

Thanks Mr Prakash, Keep it up

Thanks for the detailed info on RTI act. I have few questions on fee. Pls clarify.

What is the fee that needs to be paid for an RTI applciation? Is it Rs 10

If cash - where or to whom do I pay 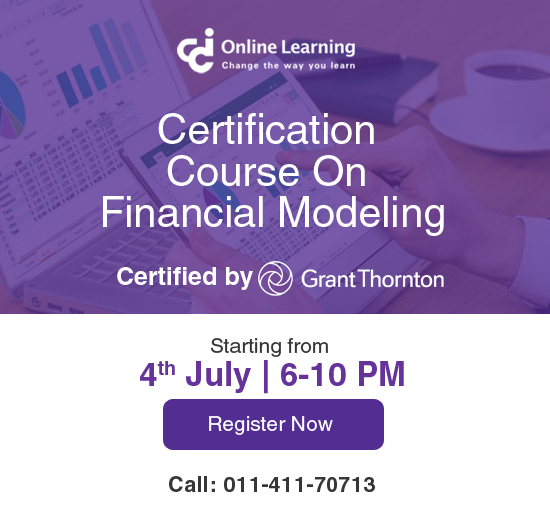