Resolution for Appt of CEO, CFO

Can anybody please provide a draft resolution for the Appointment of CEo and CFO at the earliest.

can anybody please send me a draft ordinary resolution for appoinment of manager in general meeting?and is it necessray to appoint person as a director befor appointment of manager? 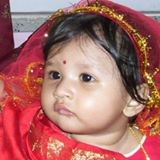 Please provide me a copy of the draft resolution for appointment of a Nominee Director in a Joint Venture Company?

CEO and CFO are the term described under Listing Agreement as under:

"The CEO, i.e. the Managing Director or Manager appointed in terms of the Companies Act, 1956 and the CFO i.e. the whole-time Finance Director or any other person heading the finance function discharging that function."

Therefore, there is no direct appointment of any CEO or CFO. They must be re-designated as CEO or CFO accordingly.

Accordingly, the resolution must be as under:

as you explained that CEO & CFO are the terms employed in listing agreements so accordingly they hav eto be redesignated.

1.but what about a case wherein a closely held unlisted private company wants to appoint its managing director as CEO. is there a need to file form 32?

2.which are the sections which should apply to such appointment?

3.kindly also provide with a draft resolution for such an appointment.?

4.also is there a requirement to regularise the appointment of M.D. in the general meeting of shareholders if he is appointed by the Board, wherein at the time of appointment as M.D. he was already holding position of directorship?

Kindly explain all above with regard to a closely held unlisted private limited company.

What is the procedure for re-designation of Executive Director and Manager of a Listed Public Company as the CEO and CFO respectively? Also put some light on the following queries:-

Kindly put some light on the aforesaid queries and oblige. 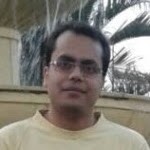 Is MR-1 mandatory to be filed with ROC at the time of appointment of CEO in the company?

if yes,but designation is not mentioned in MR-1 for CEO than how can we filed it?