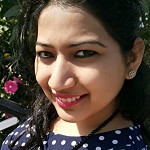 04 March 2015
hello sir, i am doing a social cause with my friends by helping the needy person with money for their hospitalization, blankets, etc now i want to register it.. also wat can i do so that people who donate into this group can take benefit if 80 G... 1) how to register the grouo 2) benefit if tax deduction 3) what are other things to look into

In India non profit / public charitable organisations can be registered as trusts, societies, or a private limited non profit company, under section-25 companies. Non-profit organisations in India (a) exist independently of the state; (b) are self-governed by a board of trustees or ‘managing committee’/ governing council, comprising individuals who generally serve in a fiduciary capacity; (c) produce benefits for others, generally outside the membership of the organisation; and (d), are ‘non-profit-making’, in as much as they are prohibited from distributing a monetary residual to their own members.

Section 2(15) of the Income Tax Act – which is applicable uniformly throughout the Republic of India – defines ‘charitable purpose’ to include ‘relief of the poor, education, medical relief and the advancement of any other object of general public utility’. A purpose that relates exclusively to religious teaching or worship is not considered as charitable. Thus, in ascertaining whether a purpose is public or private, one has to see if the class to be benefited, or from which the beneficiaries are to be selected, constitute a substantial body of the public. A public charitable purpose has to benefit a sufficiently large section of the public as distinguished from specified individuals. Organisations which lack the public element – such as trusts for the benefit of workmen or employees of a company, however numerous – have not been held to be charitable. As long as the beneficiaries of the organisation comprise an uncertain and fluctuating body of the public answering a particular descripttion, the fact that the beneficiaries may belong to a certain religious faith, or a sect of persons of a certain religious persuasion, would not affect the organisation’s ‘public’ character.

Whether a trust, society or section-25 company, the Income Tax Act gives all categories equal treatment, in terms of exempting their income and granting 80G certificates, whereby donors to non-profit organisations may claim a rebate against donations made. Foreign contributions to non-profits are governed by FC(R)A regulations and the Home Ministry.
CAF would like to clarify that this material provides only broad guidelines and it is recommended that legal and or financial experts be consulted before taking any important legal or financial decision or arriving at any conclusion.

I. Trusts
A public charitable trust is usually floated when there is property involved, especially in terms of land and building.

Legislation : Different states in India have different Trusts Acts in force, which govern the trusts in the state; in the absence of a Trusts Act in any particular state or territory the general principles of the Indian Trusts Act 1882 are applied.

After providing details (in the form) regarding designation by which the public trust shall be known, names of trustees, mode of succession, etc., the applicant has to affix a court fee stamp of Rs.2/- to the form and pay a very nominal registration fee which may range from Rs.3/- to Rs.25/-, depending on the value of the trust property.

Two other documents which should be submitted at the time of making an application for registration are affidavit and consent letter.

II. Society
According to section 20 of the Societies Registration Act, 1860, the following societies can be registered under the Act: ‘charitable societies, military orphan funds or societies established at the several presidencies of India, societies established for the promotion of science, literature, or the fine arts, for instruction, the diffusion of useful knowledge, the diffusion of political education, the foundation or maintenance of libraries or reading rooms for general use among the members or open to the public, or public museums and galleries of paintings and other works of art, collection of natural history, mechanical and philosophical inventions, instruments or designs.’

Legislation : Societies are registered under the Societies Registration Act, 1860, which is a federal act. In certain states, which have a charity commissioner, the society must not only be registered under the Societies Registration Act, but also, additionally, under the Bombay Public Trusts Act.
Main Instrument : The main instrument of any society is the memorandum of association and rules and regulations (no stamp paper required), wherein the aims and objects and mode of management (of the society) should be enshrined.

All the aforesaid documents which are required for the application for registration should be submitted in duplicate, together with the required registration fee. Unlike the trust deed, the memorandum of association and rules and regulations need not be executed on stamp paper.

III. Section-25 Company
According to section 25(1)(a) and (b) of the Indian Companies Act, 1956, a section-25 company can be established ‘for promoting commerce, art, science, religion, charity or any other useful object’, provided the profits, if any, or other income is applied for promoting only the objects of the company and no dividend is paid to its members.

Legislation : Section-25 companies are registered under section-25 of the Indian Companies Act. 1956.

Main Instrument : For a section-25 company, the main instrument is a Memorandum and articles of association (no stamp paper required)

Trustees : A section-25 Company needs a minimum of three trustees; there is no upper limit to the number of trustees. The Board of Management is in the form of a Board of directors or managing committee.

Application for Registration :
1.An application has to be made for availability of name to the registrar of companies, which must be made in the prescribed form no. 1A, together with a fee of Rs.500/-. It is advisable to suggest a choice of three other names by which the company will be called, in case the first name which is proposed is not found acceptable by the registrar.

2.Once the availability of name is confirmed, an application should be made in writing to the regional director of the company law board. The application should be accompanied by the following documents:
Three printed or typewritten copies of the memorandum and articles of association of the proposed company, duly signed by all the promoters with full name, address and occupation.

A declaration by an advocate or a chartered accountant that the memorandum and articles of association have been drawn up in conformity with the provisions of the Act and that all the requirements of the Act and the rules made thereunder have been duly complied with, in respect of registration or matters incidental or supplementary thereto.

Three copies of a list of the names, addresses and occupations of the promoters (and where a firm is a promoter, of each partner in the firm), as well as of the members of the proposed board of directors, together with the names of companies, associations and other institutions in which such promoters, partners and members of the proposed board of directors are directors or hold responsible positions, if any, with descripttion of the positions so held.

A statement showing in detail the assets (with the estimated values thereof) and the liabilities of the association, as on the date of the application or within seven days of that date.
An estimate of the future annual income and expenditure of the proposed company, specifying the sources of the income and the objects of the expenditure.

A statement giving a brief descripttion of the work, if any, already done by the association and of the work proposed to be done by it after registration, in pursuance of section-25.

A statement specifying briefly the grounds on which the application is made.

A declaration by each of the persons making the application that he/she is of sound mind, not an undischarged insolvent, not convicted by a court for any offence and does not stand disqualified under section 203 of the Companies Act 1956, for appointment as a director.

3.The applicants must also furnish to the registrar of companies (of the state in which the registered office of the proposed company is to be, or is situate) a copy of the application and each of the other documents that had been filed before the regional director of the company law board.

4.The applicants should also, within a week from the date of making the application to the regional director of the company law board, publish a notice in the prescribed manner at least once in a newspaper in a principal language of the district in which the registered office of the proposed company is to be situated or is situated and circulating in that district, and at least once in an English newspaper circulating in that district.

5.The regional director may, after considering the objections, if any, received within 30 days from the date of publication of the notice in the newspapers, and after consulting any authority, department or ministry, as he may, in his discretion, decide, determine whether the licence should or should not be granted.

6.The regional director may also direct the company to insert in its memorandum, or in its articles, or in both, such conditions of the licence as may be specified by him in this behalf.

IV. Special Licensing
In addition to registration, a non-profit engaged in certain activities might also require special license/permission. Some of these include (but are not limited to):

A place of work in a restricted area (like a tribal area or a border area requires a special permit – the Inner Line Permit – usually issues either by the Ministry of Home Affairs or by the relevant local authority (i.e., district magistrate).

To open an office and employ people, the NGO should be registered under the Shop and Establishment Act.

To employ foreign staff, an Indian non-profit needs to be registered as a trust/society/company, have FCRA registration and also obtain a No Objection Certificate. The intended employee also needs a work visa.

A foreign non-profit setting up an office in India and wanting staff from abroad needs to be registered as a trust/society/company, needs permission from the Reserve Bank of India and also a No Objection Certificate from the Ministry of External Affairs.