PROCEDURE FOR CHANGE OF COMPANY NAME WITH ROC

The attached file may be helpful. It has also been previously uploaded at the site.

CHANGE IN NAME OF THE COMPANY

A company’s name is considered as identity of the company (Public or Private), which may be changed with the approval of members in the general meeting. According to section 21 of the Companies Act, 1956, a special resolution is required to be passed at the general meeting along with the approval of the Central Government (Powers have been delegated to the Registrar of Companies).

Steps involved for change in the name of a company

Please find below the procedure for altering name clause of Memorandum and Articles of Association of the company:

Board meeting for deciding the agenda for change in name

The Board of directors of a company should first consider the need and reason for changing name of the company. Change of name for an existing company may be due to:

(a) the new name is corresponding to a new business which it has proposed to undertake;

(b) a company, which has been carrying on its business for a long time and has established a standing in the market, may decide to shorten its name and may like to be known by its abbreviated name as for example "LIC Ltd." in place of Life Insurance Corporation of India Ltd., etc.

Seeking name availability for proposed new name from the ROC

An application in e-Form 1A is required to be made along with necessary filing fee of Rs. 500 to the ROC for getting confirmation regarding availability of the proposed new name. The Registrar shall intimate the applicants about the status of availability of name.

Approval of members in general meeting

After getting name availability confirmation from the ROC, the Board shall convene a general meeting of members for the purpose of getting member’s approval through passing special resolution u/s 21. The resolution so passed shall be subject to approval of the Central Government. (powers have been delegated to the Registrar of Companies).

As change of name of company involves amendment in Memorandum (MOA) and Articles of Association (AOA) etc., so special resolutions also required to be passed for alteration of MOA and AOA.

Registration of Special Resolution with ROC through form-23 (Section-192)

As desired by section 192 (4)(a) Company shall also file certified copy of the special resolution along with explanatory statement with ROC through form-23 within 30 days of general meeting.

In accordance with section 21 an application in form 1B is to be made to the ROC (Powers delegated to the ROC by Central Government) for approval of change of name of the company along with requisite fee.

Some important points to be observed for quick ROC approval are:

(a) company should furnish sufficient reasons for change in name;

(b) proposed name should not be undesirable as per the Govt. guidelines;

(c) for the application of abbreviated name, the company is well established and has a reputation in the market. On being satisfied the Registrar shall accord his approval for the change in name and shall issue a certificate of such effect.

As per section 23 change of name in the company shall not affect any rights or obligations of the company. Any legal proceedings, which might have commenced in the former name, shall be continued with the new name.

Change of name by Non-Banking Financial Company for name change

As per RBI guidelines, the NBF Companies are required to collect approval of RBI for change in their names. Therefore, the ROC shall require the "No Objection Letter" from the RBI before confirming name availability.

Such companies are required to submit an application to the RBI at their Regional Office, where the registered office of the company is situated. Annexure to be filed with application are:

4.   Future business plans of the company.

After collecting "No Objection Letter" from the RBI, the same is required to be submitted to the ROC, in order to allow ROC to decide availability of name.

Rectification of name of an existing company (Section-22)

Procedure for rectification of name is as follows:—

(b) Hold a board meeting and collect the approval of board by passing a board resolution to change the name.

(c)  Also fix the date and time for a general meeting and adopt the notice to be sent to the members.

(d) after getting the member’s approval through an ordinary resolution, apply to the Regional Director in e-Form 24A, (to whom power is delegated under section 22), for obtaining approval for the change in name.

(e) After receiving the approval from the Regional Director, apply to the Registrar for issuance of a fresh certificate of incorporation.

1.      Specimens of Special Resolutions for change in the name of the company

“RESOLVED THAT pursuant to the provisions of section 21 and other applicable provisions of the Companies Act, 1956 if any, and subject to the availability of name and the approval of the Registrar of Companies the name of the company be changed from ABC PRIVATE LIMITED to XYZ PRIVATE LIMITED and the Name of ABC Private Limited, wherever it appears in the Memorandum, Articles, documents, etc. be substituted by the new name 'XYZ Private Limited' in due course.”

2.      Specimen of special resolution for amendment in Clause No. I of MOA regarding change in name.

“RESOLVED THAT Clause I of the Memorandum of Association of the Company be substituted by the following:

'The Name of the company is XYZ PRIVATE LIMITED'

3.      Specimen of special resolution for amendment in Clause No. ____ of AOA regarding change in name

RESOLVED THAT Clause _____ of the Articles of Association of the company be substituted by the following:

4.      Specimen of General Meeting Resolution for rectification of name of the Company u/s 22

“RESOLVED THAT pursuant to the directions of the Central Government (powers delegated to the Regional Director) and in accordance with section 22 of the Companies Act, 1956, the name of the Company be and is hereby changed from ………… LIMITED to ……… LIMITED and that consequential amendment be made to the Memorandum of Articles of Association of the company.

Thaks Sir for the useful Information.It was to the point and easy to understand 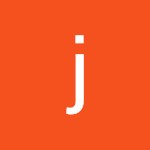 Confirm the time period for which company has to use "formally Known as ABD Pvt. Ld" after the name change.

Please tell me, I have completed the procedure regarding form 1A & 23 and both are approved. Now please i want to know that the effective date from which the company will use the new name in all of its documents and use of seal. Also i would like to know the further process, if any.

You would need to file e-form 1B, when it gets approved ROC would issue a Fresh Certificate of Incorporation consequent upon name change.

The date on that would be date of change of name.

Once you recieve this certificate you can change it all the statuory authorities with whom you have registered, PAN TAN Service tax, etc. Company name plate,Letter head, common seal...etc

Can anybody tell that having a registered trade mark how could one can make a petition or application to the regional director as per Section 22 of the Companies Act, 1956.

What will be the procedure of the same?

Plz help it is urgent

Thanks a lot for the Information.

Suppose the proposed company has not filed the Annual return of previous year can the company still process the change of name application or it has to first file annual return.

sir , i have applied form 1A , which has been approved by roc . After that i have filed form 1, 18 , 32, for registration of company bt befor approval roc find that its name is identical with any existing company .

status on mca portal showing that waiting for user clarification.

now please help me on this matter , now what should i do. its urgent.

I have the following query from SAP system perspective: If the name of the company is changed, along with its ECC no., TIN No. etc. then should a new customer code with new ECC No., TIN no., etc be created for the company? Or the existing code can be used by changing the name of the company, ECC No., TIN No. etc.? What will be the impact if the existing customer code is changed with the new name, ECC No., etc?

WHICH OPTION SHOULD WE PREFER NAMELY :-

1) ESTABLISHING A COMPANY UNDER COMPANIES ACT; OR

WHAT WILL BE THE BENEFITS??