Non-Cooperation of Directors with DSC

The facts of the case:

Due to some non-compliance of sister companies of C, he was disqualified and hence D was appointed in his place to safeguard.

Now his disqualification is over and C wants to be re-appointed as Director. However A & B are not providing their DSC for his appointment. It is believed that 2 DSCs are required.

What legal options are available now to C? 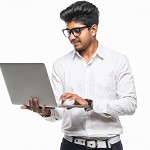 As per what you are saying, it seems A & B don't want C to return as Director. Even in AGM the vote to appoint C will end at 2-2, the deciding vote will be in hands of Chairman of the Board, if so designated. So if D is appointed as Chairman, it can work. 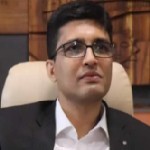 I concur with above reply as regards D's appointment as director of the Company.

However, firstly check up your Shareholders Agreement, it may provide for some mechanism in case of such eventualities.

Absent any mechanism in the agreement- Normally it is and I believe that it would be so in your facts as well that there will be multiple other acts on part of other directors and shareholders that C/D must be finding prejudicial to their interests; there likely will be other issues as well.

If D can make out a case that the affairs of the company are being conducted in a manner prejudicial to his interest and in an oppressive manner,  he can, being a member holding more than 10% equity in the Company, file an application u/s.241/242 of Companies Act, 2013 before NCLT concerned.  U/s.242, NCLT has powers to appoint/ remove directors in a proper case and could grant host of other reliefs.

In a 50:50 voting resulting in a deadlock will also create issues in appointment of new directors at AGM and in that situation also, NCLT could be approached for different reliefs.

I suggest that you may approach a lawyer with all attendant papers and facts for final advice and pursuing a suitable remedy.

As suggested you have to check covenant and shareholders agreement ,Mr C has to relinquish his office because he was disqualified by act in past , and due to that reason Mr A & B are not approving his appointment ,Even In AGM situation will remain same , I dont think it's a case of oppression and mismanagement and even filed less chances to go in favour of C ,Only Mr C can convince A & B for his appointment as instant approach.

Thank you for the suggestions.

Do the shareholders of Grp-2 have any options to re-appoint C as Director as before outside the option of approaching NCLT? C along with A are the running the daily affairs of the company still.

As I have replied previously, there will be a deadlock if you try to appoint him. Also as Ravish ji & Chirag ji have mentioned, look into your articles and Shareholder agreement (if any).

Personally, although not an expert, I do not believe you will be able to win a case as per Section 241 based on facts given. Regardless please consult a lawyer.

241/242 case has to be developed and in courtroom litigation there is no straight jacket answer to anything.  You have facts sufficient to develop a case if needed. Not allowing him to come on board and manage affairs despite disqualification period being over now is surely prejudicial and oppression case can be developed.

*I have argued many 241/242 cases myself and can say you can develop a case for the same.  However, firstly look at shareholders agreement.