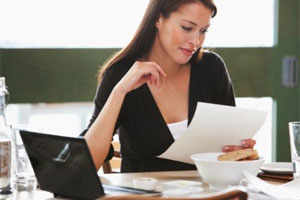 Sunita Rebecca Cherian, currently general manager of talent engagement and development at Wipro Technologies, is one of those women who has achieved, in her own words “what others thought impossible when they started their careers”.

Taking the reins from the current VP, HR, Joseph John, she joins the league of women who have successfully broken the glass ceiling to reach the top echelons of Corporate India. 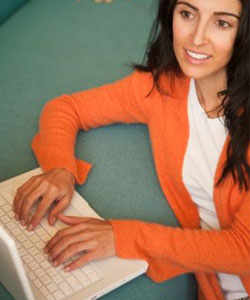 India's IT bellwether Infosys has a women heading its Australian division and verticals in their capacities as client partners, principal consultants and client engagement managers.

Women, who have more than 15 years of work experience, are seeing the doors to senior positions being opened without a creak, something unusual in an Indian talent landscape dominated by men.

Companies like Titan (where 10% of the workforce is women) insist on taking more women on board to occupy senior ranks. S Ramadoss, chief human resource officer of Titan Industries, says: “Some of our verticals are being headed for the last couple of years by women and their working style is more people-centric.” 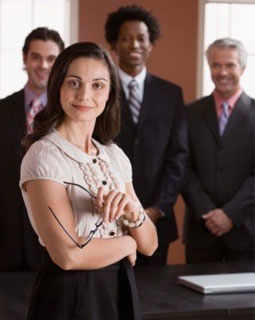 And, their business development head is Rajeshwari Srinivasan, who took over the reins two years ago. The firm’s training department has its reins firmly in the hand of a lady named Meera.

The number of women who will join their pin-striped suit-clad male counterparts in board rooms are also likely to increase, according to recent industry trends. This may take some time, though.

Poonam Barua, founder chairman, Women in Leadership (WILL) says: “Women constitute just 5% of the boards of companies in India. This means that at the 9,000 listed firms in the country, there are only 400 women board members. These figures may not present a complete picture as 200 of them belong to family-owned firms. So, the number of women who have actually climbed the ladder is just a sad fraction.” 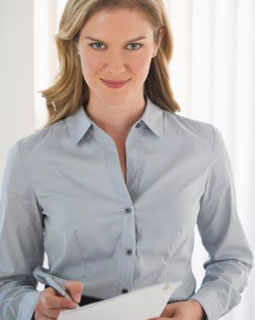 Says T V Mohandas Pai, director-HR, education and research and administration, Infosys Technologies: “Women leaders have a more inclusive work style and bring people together in problem-solving and decision-making which is a valuable asset to any company. They are also not risk-averse and are willing to take calculated risks when the need arises.”

According to industry experts, women are more assertive than aggressive, and they ensure that behind their decisions is a plebiscite view.

Despite this, statistics show that majority of the women employed are at the bottom of the pyramid. “Currently, at the entry level, women make up 40.3% of the work force, at the middle level, it is about 24.2%, senior managers 6.5% and at title holders level, it is 6.2%,” says Pai. For recruiters, it is not an easy task when they are given the mandate of finding women who could fit into a managerial role and who have 15 years of work experience behind them. Sabbaticals, familial concerns creep into most of their resumes which often become roadblocks in their career. 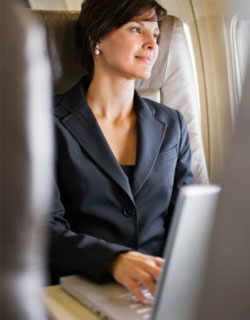 Among the women who have recently made it to the top is Cheryl Willis who became the global support director of NetApp six weeks ago.

Cheryl, a British national, who has been coming to India for six years, says that “managers may not be actively recruiting women. The number of women walking through the doors is more these days.” NetApp currently has 18% of its workforce comprising women in senior positions.

“It is a small talent pool out there, but they bring in creativity that bodes well for the firm,” says Manjunath SR, senior director, HR, at NetApp. Two of the firm’s directors in key positions like global solutions and engineering are women.

IT firm Accenture plans to rope in more women for their senior posts. Prithvi Shergill, lead-HR for Accenture India Resources, said that currently, 30% of their workforce comprises women.

The scene is changing in the public sector as well, specially banks. Says Suvalakshmi Panse, executive director, Vijaya Bank: “If only one was able to climb the ladder earlier, there are around three now.” She added that 25% of the workforce comprises women and of that only 20% make it to the top.

Really an inspirational msg for Us