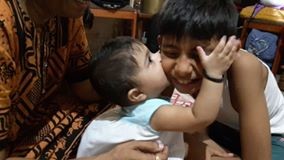 We are A HR & Consultancy firm! our LOWER TDS application was passed by the authority for the period January 2013 to March 2013.

After the end of March 2013 in April 2013 we had raised The Invoices for consultancy services for the March 2013 to our Client with applicabilty of LOWER TDS rate @ 1.55% which was valid till March 2013. but the clients have charged us with Normal TDS rate @ 10% claiming that the Invoices are raised post sanctioned period i.e in April 2013.

In normal practice we raise The Invoices in the  first few days of the following month after the end of the concern work  period month, which is authorised by the Client themselves by way of approval of Timesheets of the Consultants work for them. similarly we raised the Invoice.

Please advice that does it practicle that the Invoices raised post sanctioned period are not allowed to be setoff for Lower TDS..!! though the actual work period falls in the Applicable period..

TDS on HR consultancy wil fall u/s 194J. According to said section TDS shall be deducted on payment or credit whichever earlier. In the given case company should have created provision for the services rendered in march month on March 31, 2013 although it has not received invoice. In such a situation TDS certificate shall be valid on March 31, 2013 and TDS shall be deducted at lower rate.