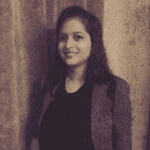 The income tax department has launched a drive to file corrected returns with a view to do away with the problem of held-up refunds and the tax already paid not being credited to the assessees' name. A large number of people whose tax is deducted at source did not get the payments credited which, in turn, held up refunds. It was because the National Securities and Depositories Limited (NSDL), which accounts the tax receipts, could not record the payments as I-T returns of many did not carry the permanent account number (PAN). In some cases, the returns were not filed at all, said a statement issued by the income tax department.

The drive, which will continue till July, will enable the tax payers to file returns and also update those already filed with corrected PAN. The department has asked the assessees to utlilise the online facility to confirm whether the amount is credited to their name or not by logging on to www.tinnsdl. com and seeing the statement of PAN holder in form number 26AS. In Nagpur, tax worth Rs 126.4 crore has been paid but not accounted for. Returns have not been filed in 1,488 cases at all which PAN was not quoted in 4,638 returns.

THANKS FOR POSTING,  ITS MPORTANT ONE....KEEP POSTING LIKE THIS ONE.....

thanks for sharing tax refund updates

thanks for the info