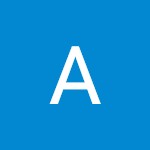 HI from AY 22-23, I submitted ITR2 before the due date and as per my submission, a refund of 3320 was expected. I got a notice under 143(1) saying that the LTCL of Rs 255054 that I had claimed in the ITR is disallowed as the previous return (in which this loss was incurred and carried forward) was filed after the due date and hence I will not get the benefit of adjusting the LTCG in the ITR of FY AY22-23. On checking the facts, I found out that this was correct and hence I submitted a 'Agreed' response to the notice and then a mail came that we will now process your ITR for AY 22-23 based on your response. So I was expecting a demand notice from Income tax saying you will have to pay income tax after removing the adjustment of 255054 (roughly around 30,000 rs - refund of 3320 = around 27,000. But on Oct 21, 2022 I got ITR intimation that your ITR has been processed with refund of Rs 3320. So what I want to know is:-

1) When I have agreed to the income tax notice relating to their adjustment, why they have not considered the additional tax liability arising out of that adjustment while processing my ITR?

2) My ITR status online shoes refund awaited for the past 40 days, so is it that after this I will get another notice from Income tax asking me to pay the additional income tax arising out of the adjustment that I agreed to or they are still processing the adjustment,  thats why refund is not released.

Thx for the info, Mr. Rambhia. Just one follow up question - whenever my income tax return is reprocessed, will I be charged interest on the additional tax to be paid from July 31, 2022 or from the date when the adjustment notice was received (sep 16, 2022).

Thx for all your help.

Interest will be charged from the date of arriving the capital gain, it can be any where before 31st March.

Thx for the reply. Is there any way I can request CPC for reprocessing the claim (so that any delay in reprocessing does not lead to more interest on the additional tax liability that is due to arise due to reprocessing) or I have to just wait and watch for now.

Now, It is better to wait for the demand notice of original return.

Well, you missed an opportunity to file revised return when defective notice was received.