Failures are the stepping stones for success

FAILURES ARE THE STEPPING STONES   FOR SUCCESS DO ANYONE AGREE WITH

THE ANSWER IS YES OR NO WHATEVER IT MAY BE LETS SEE SOME OF THE PEOPLE WHO FACED MANY FAILURES, AFTER STRUGLING A LOT IN LIFE FACING MANY FAILURES THEY BECAME FLYING COLORS IN THEIR LIFE GOT SUCCESS IN THEIR AIMS AND GOALS.

SUCH A NICE FILM COMES FROM A GOOD BOOK WHICH WAS WRITTEN BY J.K.ROWLING WE ALL KNOW THAT BUT WE DIDN’T KNOW HOW SHE STRUGGLED TO PUBLISH THAT BOOK LETS KNOW ABOUT HER

J.K.ROWLING  didn’t magically become richer than the Queen of England overnight. Penniless, recently divorced, and raising a child on her own, she wrote the first Harry Potter book on an old manual typewriter. Twelve publishers rejected the manuscriptt! A year later she was given the green light by Barry Cunningham from Bloomsbury, who agreed to publish the book but insisted she get a day job cause there was no money in children’s books.

What if she stopped at the first rejection? The fifth? Or the tenth?

The measure of success can be shown by how many times someone keeps going despite hearing only no.

The following people are not the only ones who have succeeded despite failure and rejection.

I thought they would be the most interesting to you.

LETS HEAR HER WORDS ABOUT HER SUCCESS AFTER FACING MANY FAILURES

J.K Rowling, the author of Harry Potter, spoke to the graduating class Harvard in June 2008. She didn’t talk about success. She talked about failures. Her own in particular. I absolutely love her quote.

“You might never fail on the scale I did,” Rowling told that privileged audience. “But it is impossible to live without failing at something, unless you live so cautiously that you might as well not have lived at all—in which case, you fail by default’’

LETS KNOW ABOUT HIM

Colonel Sanders : The founder of KFC. He started his dream at 65 years old! He got a social security check for only $105 and was mad. Instead of complaining he did something about it.

He thought restaurant owners would love his fried chicken recipe, use it, sales would increase, and he’d get a percentage of it. He drove around the country knocking on doors, sleeping in his car, wearing his white suit.

Do you know how many times people said no till he got one yes?

Is anyone there who doesn’t know about micky mouse ????

Kids love mickey mouse even elders also like that one right

WALT DISNEY YOU KNOW THAT His first animation company went banktrupt. He was fired by a news editor cause he lacked imagination. Legend has it he was turned down 302 times before he got financing for creating Disney World.

IN THIS WORLD WHO DOESN’T KNOW ABOUT EINSTEIN

HE WAS THE GREAT SCIENTIST AND NOBEL PRIZE WINNER.

He didn’t speak till he was four and didn’t read till seven. His parents and teachers thought he was mentally handicapped. He only turned out to win a Nobel prize and be the face of modern physics

SEE J.K.ROWLING TWELVE PUBLISHERS REJECTED THE MANUSCRIPT!,COLONIAL SANDERS THOUSAND AND NINE TIMES HETRIED,WALT DISNEY HE TURNED 302 TIMES EINSTEIN TILL SEVEN HE DIDN’T SPEAK OR READ BUT THEY NEVER THOUGHT TO PUT IT OFF THEY TRIED TRIED TRIED AT THE END THEY GOT SUCCESS RIGHT THAT TO WORLD FAMOUS HARRY PORTER,MFC,MICKEY MOUSE THEN WHAT  ABOUT US JUST FOR ONE FAILURE WE THOUGH THAT I GOT FAILURE THERE IS NOTHING I CANT DO ANYTHING LIKE THAT WE WILL THINK RIGHT HMMMMM!!!!!!!! SO NOW ONWARDS WE DON’T THINK LIKE THAT WE HAVE TO FACE THE STRUGGLES WE HAVE TO FACE THE FAILURES WE HAVE TO LEARN FROM THE FAILURES AT ANY COST WHAT EVER IT MAY BE WE HAVE TO REACH OUR GOALS BE CONFIDENT BE BRAVE BE POSITIVE NOTHING IS IMPOSSIBLE IN THIS WORLD JUST WE SHOULD HAVE BELIEF ON US WE CAN DO ANYTHING.

So Thanx For Sharing For This Info......

I cannot simply leave this page by reading...

Very good sharing friend... i am going to book mark this/....

Students are so glad to read this kind of articles when they are very disappointed like me..

Thank you so much to share this in right time,,, Never give up....try, try and try till you reach the success..

Thanks for sharing this as I am also going from failures and got disheartened write now, As I am at the age of 29 I ahve not a graduate and failed in three attempts of IPCC and cant cleared my graduation and having a part time job of RS. 4000/- per month. This quote inspired me a lot and motivate me to start again for a new bigining.

Every single person's life isn't determined by how hard they fall,

and how much failure that they suffer, but instead it is determined

falling, the amount of times that a person is able to turn a loss into

Life is about how we react to the circumstances that present

themselves to us, life is determined by the attitude and mental 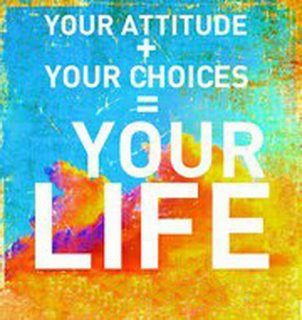 Ultimately, In Order To Succeed in Life

~ Your Desire For SUCCESS…

Should Be Greater Than…. Your Fear Of FAILURE …

Wishing you Success & Happiness in Life….

y u r interested in messing d CCI posts of others.....