difference between turnover and sales 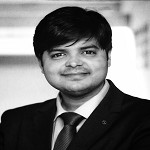 please convey the difference between TURNOVER and SALES

Sales is a contract involving transfer of goods for a consideration

Turnover refers to the sales volume for a specific time period, say a quarter or half year or Annual....

In statutory interpretation the Turnover is higher of the following.

Sales OR Sales Revenue = (Sales Price)*No of products sold  in specific time period Turnover = How many times a company's products sold in a  specific time(usually a year). It can be how many times a  product is sold in a specific store in a year(in this case  we will say this product has turnover of 1000 times in this  store) Sales Turnover= (Sales Price)* (No of products produced/ purchased and disposed off the company's warehouse, may be  on credit, may be some products damaged/in retail-shops,  some sold on discounts or promotions by retailors, some  promoted as 1+1 offers...) This mean a company's Sales turnover can be "Equal to" OR  "GREATER than" its Sales Revenues. can i say that in order to obtain my gross profit i have to use sales revenue by deducting sale turnover??...... ANS: No, You will not use Sales Turnover. You need Only Sales Revenue not Sales Turnover. Sales Turnover is a broader term.  Example:  Mr. A is selling oranges and bananas. He eat himself 1  dozen bananas, and 1 dozen orange he give to poor for free. Now Sales turnover also counts What he eat and what he give  to poor, BUT Sales Revenue will only count what is sold for  exchange of money. 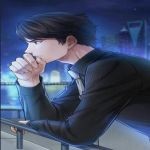 In the “Guidance Note on Terms Used in Financial Statements”
published by the Institute, the expression “Sales Turnover” (Item 15.01) has
been defined as under :-
“The aggregate amount for which sales are effected or services
rendered by an enterprise.  The term `gross turnover’ and `net
turnover’ (or `gross sales’ and `net sales’) are sometimes used to
distinguish the sales aggregate before and after deduction of returns
and trade discounts”.

The “Statement on the Amendments to Schedule VI to the
Companies Act, 1956” issued by the Institute, (Page 14, 1976 edition) while
discussing the disclosure  requirements relating to `turnover’ states as
follows:-

“As regards the value of turnover, a question which may arise is with
reference to various extra and ancillary charges.  The invoices may
involve various extra and ancillary charges such as those relating to
packing, freight, forwarding, interest, commission, etc. It is
suggested that ordinarily the value  of turnover should be disclosed
exclusive of such ancillary and extra charges, except in those cases
where because of the accounting system followed by the company,
separate demarcation of such charges is not possible from the
accounts or where the company’s billing procedure involves a
composite charge inclusive of various services rather than a
separate charge for each service.


In the case of invoices containing composite charges, it would not
ordinarily be proper to attempt a demarcation of ancillary charges on
a proportionate or estimated basis.  For example, if a company
makes a composite charge to its customer, inclusive of freight and
despatch, the charge so made should accordingly be treated as part
of the turnover for purpose of this section.  It would not be proper to
reduce the value of the turnover with reference to the approximate

value of the service relating to freight and despatch.  On the other
hand, if the company makes a separate charge for freight and
despatch and for other similar services, it would be quite proper to
ignore such charges when computing the value of the turnover to be
disclosed in the Profit and Loss  Account.

The term, "turnover", has not been defined by the Order.  Part II of
Schedule VI to the Act, however, defines the term "turnover" as the
aggregate amount for which sales are effected by the company.  It
may be noted that the "sales effected" would include sale of goods
as well as services rendered by the company. In an agency
relationship, turnover is the amount of commission earned by the
agent and not the aggregate amount for which sales are effected or
services are rendered.  The term "turnover" is a commercial term
and it should be construed in accordance with the method of
accounting regularly employed by the company.

Sir does turnover necessarily relate to volume only ?