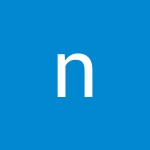 I think the first financial year would be upto 31st March, 2010 and accordingly as per sec 210 u need to conduct the first AGM within 9 months from 31.03.2010. I dont think that when u finalize the account upto 31.03.2010 for income tax purpose u can take a different financial year for ROC filing. It would be some contradicting fact i guess...

Further to Nidhiji’s reply I would like to mention the following:

Was everything Okay or this may be a one-off case?

Can we do like that for the private ltd. Company for which I have raised the original query?

If you are preparing the b/s of the company for any term then it has to be approved by the shareholders in AGM.

Sumit, Your guess is right. It is certainly one - off case. You can not do so.

U cannot use a different term as financial year for ROC filings as u have to produce the balance sheet and P&L that has been produced in the board meeting. And the 1st AGM should be held within 9 months i.e within 31 dec 2010.

Lastly, I would like to know one thing - Has anyone else ever seen/experienced a 'one-off case' like that?

There are many off-cases and many faults n irregularites that go unnoticed.

As you are talking abt private ltd. co., it may be possible that irregularity, if any, done by your co. may go unnoticed.

But wat is suggested is wat law says.

In case of first Annual General Meeting the extension would not be granted by the ROC.

At every AGM of the company held in pursuance of section 166, the Board of Directors shall lay before the company-

Balance sheet and profit and loss account for the below mentioned period:-

In case of first AGM of the Company, to the period beginning with the incorporation of the Company and ending with a day which shall not precede the day of the meeting (AGM) by more than nine months;

Keeping in mind the provisions of Section 166 read wtih 210 of the Companies Act, 1956 the accounting  period of a company may be less or more than a calender year, but it shall not exceed fifteen months [Sec 210(4)], accordingly your company's accounting period for Companies Act purpose may be from 14.01.2010 to 31.03.2011 even though the company has already prepared the accounts for the year ended on 31.03.2010 which is otherwise required under the Income Tax Act. Further the first AGM must be held not later than 13th July 2011 [i.e. within 18 months from the date of incorporation or within 9 months from the date of closing of financial year , whichever is earlier]

As you have mentioned that "In the first board meeting the financial year was accordingly decided", to rectify that, convene a Board Meeting and pass a resolution with regard to extension of first accounting period upto March 31, 2011 instead of March 31, 2010.

The reply of Mr. Ashwini is a little contradicting with regard to the earlier replies received for this query.

Also as mentioned by me earlier, this type of case had happened prevously and ROC had approved the Form 23AC & ACA filed disregard of the fact that accounts of two f/y were shown while filing that form for the first AGM held.

But I am a little confused. Can anyone give me the final conclusion?

Given below is the full text of the MCA circular for the ready reference of the readers.

“With reference to the correspondence resting with your letter No. Sec.166/5694 dated 20-7-1964 on the above subject, I am directed to say that the question raised by you has been carefully examined in the Department.  From the strictly legal point of view, the time within which an AGM of a company is required to be held is governed solely by section 166 of the Companies Act, 1956 and the date on which an AGM is required to be held has no direct relationship with the financial year of a company.

Accordingly, the Registrar's powers to grant extension of time under the second proviso to section 166(1) does not become exercisable if the extension sought by the company is for holding the meeting falling within the time-limits mentioned in the said section 166 and is asked solely on the ground that it has not been able to prepare the accounts for the period mentioned in section 210(3).  Notwithstanding the legal provision aforesaid, the board is of the view for administrative and practical consideration where a company approaches for the grant of extension of time for holding the annual general meeting in terms of the proviso to section 166(1) of the Act, the Registrar may continue to give the required extension for the holding of AGM beyond the period of six months from the close of the financial year of the company as contemplated under section 210(3) even though the time-limit for holding the meeting as per section 166 may not have reached.  It is considered that apart from facilitating the smooth working of companies, such a practice would be administratively desirable as well.  It was also in this context that the Department had earlier advised the field offices and companies which sought clarification on the point that sections 166 and 210 should be read together and if a breach of the provisions of one or the other of the two sections is to be avoided, an annual general meeting should be held in the earliest of the three relevant dates prescribed under these two sections (vide item No. 27 of interpretation, explained above, Circular No. 8/16(1)/61-PR dated 25-2-1961.)  However, when it comes to determining for purposes of legal proceedings or levy of additional fees as to whether there has been a default in holding the AGM it would no doubt be necessary for the Registrar to continue the provisions of section 166 strictly in the manner indicated above.  For this purpose the financial year of a company or the provision of section 210 is irrelevant.  In other words, where a company holds its AGM within the time prescribed under section 166, though such a meeting is held after the expiry of six months from the close of its financial year and the company files its annual return within 42 days of the holding of the said meeting (now extended to 60 days), no action should be taken against the company for default of section 159 or 166 nor additional fee be levied in such a case in respect of the filing of the annual return and audited accounts.”

A private limited company was incorporated on 10.09.2010. What will be the financial year end, due date of AGM. KIndly clarify. Thanks Hariharakrishnan

Under Section 210:- At every AGM of the company held in pursuance of section 166, the Board of Directors shall lay before the company- Balance sheet and profit and loss account for the below mentioned period:-

In case of first AGM of the Company, to the period beginning with the incorporation of the Company and ending with a day which shall not precede the day of the meeting (AGM) by more than nine months;

First Annual General Meeting Under Section 166:- Every company shall in each year hold in addition to any other meetings a general meeting as its annual general meeting and shall specify the meeting as such in the notices calling it; and not more than fifteen months shall elapse between the date of one annual general meeting of a company and that of the next. Provided that a company may hold its first annual general meeting within a period of not more than 18 months from the date of its incorporation and if such general meeting is held within that period, it shall not be necessary for the company to hold any annual general meeting in the year of its incorporation or in the following year. In case of first Annual General Meeting the extension would not be granted by the ROC. Under Section 210:- At every AGM of the company held in pursuance of section 166, the Board of Directors shall lay before the company- Balance sheet and profit and loss account for the below mentioned period:- In case of first AGM of the Company, to the period beginning with the incorporation of the Company and ending with a day which shall not precede the day of the meeting (AGM) by more than nine months; Thus, to comply section 210, if the date of balance sheet is 31/03/2010, the AGM should be held on or before 31st December, 2010.