07 February 2013
is the first annual general meeting of a public company called the statutory meeting of that company?? 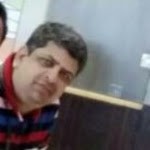 Statutory meeting & AGM are two difference types of meeting. The SM is held only once in the life of the co. after 1month and before 6months from the date the company is entitled to commence its business. Following are the provision relating to SM:

commence business, hold a general meeting of the members of the company, which shall be called "the statutory

(2) The Board of directors shall, at least twenty-one days before the day on which the meeting is held, forward a report

(in this Act referred to as "the statutory report") to every member of the company :

Provided that if the statutory report is forwarded later than is required above, it shall, notwithstanding that fact, be

deemed to have been duly forwarded if it is so agreed to by all the members entitled to attend and vote at the meeting.

(3) The statutory report shall set out -

and stating in the case of shares partly paid-up, the extent to which they are so paid-up, and in either case, the

consideration for which they have been allotted ;

(b) the total amount of cash received by the company in respect of all the shares allotted, distinguished as aforesaid ;

(c) an abstract of the receipts of the company and of the payments made thereout, up to a date within seven days of

the date of the report, exhibiting under distinctive headings the receipts of the company from shares and debentures

and other sources, the payments made thereout, and particulars concerning the balance remaining in hand, and an

account or estimate of the preliminary expenses of the company, showing separately any commission or discount paid

or to be paid on the issue or sale of shares or debentures ;

(d) the names, addresses and occupations of the directors of the company and of its auditors ; and also, if there be

any, of its 1[***] manager and secretary ; and the changes, if any, which have occurred in such names, addresses and

occupations since the date of the incorporation of the company ;

(f) the extent, if any, to which each underwriting contract. If any, has not been carried out, and the reasons therefor ;

2[(g) the arrears, if any, due on calls from every director and from the manager ; and

debentures to any director or to the manager.]

be a managing director, where there is one.

After the statutory report has been certified as aforesaid, the auditors of the company shall, insofar as the report

relates to the shares allotted by the company, the cash received in respect of such shares and the receipts and

payments of the company, certify it as correct.

Registrar for registration forthwith, after copies thereof have been sent to the members of the company.

(6) The Board shall cause a list showing the names, addresses and occupations of the members of the company, and

the number of shares held by them respectively, to be produced at the commencement of the statutory meeting, and

to remain open and accessible to any member of the company during the continuance of the meeting.

formation of the company or arising out of the statutory report, whether previous notice has been given or not ; but no

resolution may be passed of which notice has not been given in accordance with the provisions of this Act.

(8) The meeting may adjourn from time to time, and at any adjourned meeting, any resolution of which notice has

been given in accordance with the provisions of this Act, whether before or after the former meeting, may be passed ;

and the adjourned meeting shall have the same powers as an original meeting.

(9) If default is made in complying with the provisions of this section, every director or other officer of the company

who is in default shall be punishable with fine which may extend to 3[five thousand] rupees.

(10) This section shall not apply to a private company.

AGM is the meeting regularly held by the co every year to discuss teh ordinary business of the co such as appt & reappt of Dir's & auditors, declaration of dividend, adoption of the Annaul accounts of the co etc..following are th eprovision relating to AGM:

meeting and shall specify the meeting as such in the notices calling it ; and not more than fifteen months shall elapse

between the date of one annual general meeting of a company and that of the next :

from the date of its incorporation ; and if such general meeting is held within that period, it shall not be necessary for

the company to hold any annual general meeting in the year of its incorporation or in the following year :

Provided further that the Registrar may, for any special reason, extend the time within which any annual general

meeting (not being the first annual general meeting) shall be held, by a period not exceeding three months.

(2) Every annual general meeting shall be called for a time during business hours, on a day that is not a public

holiday, and shall be held either at the registered office of the company or at some other place within the city, town or

village in which the registered office of the company is situate :

subject to such conditions as it may impose :

(b) a private company which is not a subsidiary of a public company, may in like manner and also by a resolution

agreed to by all the members thereof, fix the times as well as the place for its annual general meeting.

Annual general meeting is the open meeting of the shareholders in which various report are submitted by the directors . Here the shareholders can suggest various options to solve the problems of the company.The intervel between two AGM should not be more than 15 months.

Thank you both..really nice to know from you guys