10 Most Polluted Cities on Earth...

10 Most Polluted Cities on Earth...


Pollution is never be a simple problem. Careless government and people contribute to every gram of pollutant that fly on the air or floating on their water resources.Next here`s 10 most polluted cities on earth..

In another part of city New Delhi, there are some areas where people dump their trash and dirt bag. Infant morbidity in New Delhi is high and main cause are these pollutions. Everyday, 1000 new vehicles run on the roads of Delhi and 3,000 tons of pollutant from industries fill the air of the city. It is not surprise that Delhi is known as 4th most polluted city in the world.

Mumbai, another Growing City in India, is one of the most crowded city in the world. Badly, not all the people know how to clean their environment. The city always suffocated with new pollutions from the industries and vehicles. Some NGOs try to solve the problem but their solution won`t work unless it is back up with $1 billion dollar aid from Indian government.

Maputo is the capital city of Mozambique and it is a resident of 60,000 families. The city is very close to Indian ocean. The ugly thins is the city has bad sewage treatment and waste removal system.

Despite one of the most expensive city in the world, Moscow is also known as the most polluted city in this planet. Because of the air pollution, many people suffer Lung disease and Cholera. Sanitation facility is apparently excluded from the expensive cost of living in Moscow.

Around 70 years ago, Mexico city was known as the cleanest city in the world. The fact is change this moment. In 1940, the average visibility was 100 km ad now down to 1,5 km. Snow-caped mountains is scarce and the oxygen is polluted with high percentage of Nitrogen dioxide.

Lagos is a home of 12 millions families and many industries. From the air to the soil, Pollutions fill every gap of empty space in city. You can visit the country if you want to approve it. Watch the Nigerian scam if you travel here.

Dhaka is a city of 8 million families with serious problems of water pollutions, air pollutions and garbage problem. The water is thick and it is poisoned with pollutant from industries, commercial pesticides and bacteria of disease from other household.

Brunei Darussalam is small but rich country in south east Asia. Most of the people have nice salary and many of them not realize that air they inhaled contain very high TSP level. The air pollution mainly come from vehicles and Vehicle emission test already approved this finding.

Since 2003, Baghdad face many wars and the government has more serious concern to carry over the environmental issue. Air pollutant from vehicles, power generators, oil burning, and water pollutant from other family are serious problem that grow every day. UN have studied this issue and it is no doubt that it is very serious issue that should be take over quickly.

Karachi is the busiest city in Terrorist Country Pakistan. Beside the growing economy, the people of Karachi should the impact of it. Air pollution, water pollution, noise pollution, and psychological diseases already affected 35% of people who live on the city.

we can see the Asian countries dominating the list... 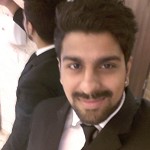 There is no question of knowledge. I just got the mail and shared with all of you....

no one is ready to contribute.....

Yes...All of us has to realize our responisibility to overcome this....We need to to think of our Locality, City and Country as if its our own home. It does not require any big effort but just self retrospection....

One more lesson. "Respect should be in your heart....No need to show it"

It is not that this is a good thing but it is like we are little good among the worst.