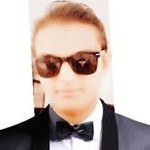 Company Audit II Notes relevant for May 2016 1. As per AS 5, Any change in accounting policy which has a material effect shoud be disclosed separately. Transactions which are abnormal or non recurring in nature are also treated as material. 2. As per AS 4, Amount of guarantee is taken by An Enterprise are generally disclosed in financial statements by way of notes even though the possibility of loss will occur is remote. 3. Hire purchase transaction clear that a person is not become the owner till the last instalment has been paid. As per AS 9, The amount of profit of hire purchase sale is not credited until the instalments of sales price have been realised. 4. As per AS 12, the amount of grant for acquisition of fixed assets is in the nature of promoter’ s contribution so it is treated as capital reserve which can be neither distributed as dividend nor considered as deferred income. 5. As per Paragraph 3 of CARO 2015, the auditor is required to report whether the company has entered into the transactions with the parties covered in the register to be maintained under section 189. 6. Sweat equity shares are issued by the company to the employees or directors at discount or for consideration other than cash. 7. When fixed asset is acquired in exchange for another asset then enterprise has recorded in financial statement that asset as the fair market value of asset given up or acquired which is more clearly evident. 8. The amount of repairing of any asset can be treated as a capital expenditure if it result in increasing the earning capacity of an asset or reduces the cost of the asset. 9. As per AS 16, the cost of borrowing is capitalised when cost are directly attributable to the acquisition or production of an qualifying asset. 10.As per AS 5, when the items of income and expense from an ordinary activities are of such size, nature or incidence that their disclosure is relevant to explain the performance of an enterprise should be disclosed separately. 11. As per AS 6, depreciation is measure of the wearing out , consumption or other loss in the value of a depreciable asset arising from use, effluxion of time or obsolescence through technology and market changes. 12. The security premium account may be applied by the company (i) In paying up unissued shares of the company (ii) In writing off preliminary Company Audit II Notes relevant for May 2016 expenses (iii) In writing off expenses occurs for issuing shares (iv) Providing when premium payable for redemption of preference shares (v) for purchase of its own securities. 13. Capital reserve is reserve which is not available for distribution as dividend. It is distributed only when (i) AOA permits (ii) it has been realised in cash (iii) Asset value remaining after distribution not less than its book value. 14. Under a lease agreement, the lessee acquire the right to use the asset for an agreed period of time in consideration for payment of rent to the lessor. The company also disclosed the nature and amount of lease in financial statement. 15. As per AS 29, the contingent liability is possible obligation that arises from past events and the existence of which is only confirmed by occurrence or non occurrence future events not wholly within the control of the enterprise. So the company is required to make provision for sufficient amount in financial statement when there is evidence that obligation will be occurred. 16. As per section 128 of companies act, 2013 require every company to prepare financial statements for every financial year which gives true and fair value of state of the affairs. 17. As per section 55 of the companies act, 2013 where preference shares are proposed to be redeemed out of the profits of the company, a sum equal to the nominal value of shares is transferred to a reserve called capital redemption reserve. It is also utilised by the company to issued fully paid up bonus shares. 18. As per AS 5, prior period items are income or expenses which arise in the current period as a result of error or omission in the preparation of financial statements of one or more prior period. It is also disclosed separately in the financial statement of the company. 19. Register of members is the statutory book, which should be maintained by every company. The auditor should ascertain whether the company update the register. 20.In case of related party transactions (i) Related party relationship, name and nature (ii) If there is transaction then description of that transaction with an amount. As per section 188 of the companies act 2013, BOD must Company Audit II Notes relevant for May 2016 take the permission in the board meeting for such related party transactions. 21.As per SA 570, When planning and performing audit procedures the auditor should consider the appropriateness of going concern assumption. Therefore the auditor ask the management for its adequate disclosure in financial statement and also include the same in his report. If management fails to make disclosure, the auditor should express qualified or adverse opinion. 22. As per section 68(1) of the companies act 2013, companies have power to buyback their own shares out of (i) its free reserves (ii) its security premium account (iii) the proceeds of issue of any other shares. For other provisions regarding it pls refer P.M Que No. 26 23. As per section 53 of the companies act 2013, any shares except sweat equity shares are issued by a company at a discounted price are void. Where a company contravenes the above provision, the company shall be punishable with fine which shall not be less than one lakh rupees which may extend to five lakh and also every officers who is in default shall be punishable with imprisonment for six month or with fine shall not be less than one lakh which may extend to five lakh or with both. The above notes may be very helpful to students at the time of last minute rush during exams. All the very best to all my friends who appear for may 2016 exams.

Compliance Sheet for the month of October 2022