EVERY SUCCESS STORY IS ALSO A STORY OF GREAT FAILURE

Failure is the highway to success. Tom Watson Sr. said,” If you want  to  succeed, double  your failure rate”.

If you study history, you will find that all stories of success are also stories of great failures. But people don’t see the failures. They only see one side of the picture and they say that person got lucky.”  He must have been at the right place at the right time.”

Let me share someone’s life history with you. This was a man who failed in business at the age of 21; was defeated in legislative race at 22; failed again in business at age 24; overcame the death of his sweetheart at age 26; had a nervous breakdown at age 27; lost a congressional race at age 34; lost a senatorial race at age 45; failed in an effort to become vice-president at age of 47, lost a senatorial race at age 49; and was elected as a President of United States at the age of 52

This man was Abraham Lincoln.

Would you call him a failure? He could have quit. But to Lincoln defeat was a detour and not a dead end.

In 1913 Lee De Forest, inventor of  triodes  tube, was charged by the district attorney for using fraudulent means to mislead the public into buying stocks of his company by claiming that he could transmit the human voice across Atlantic He was publicly humiliated. Can you imagine where we would be without his imagination?

As a young cartoonist, Walt Disney faced many rejections from newspaper editors, who said he had no talent. One day a minister at a church hired him to draw some cartoons. Disney was working out of a small mouse infested shed near the church. After seeing a small mouse, he was inspired. That was the start of Mickey Mouse.

One day a partially deaf four year old kid came home with a note in his pocket from a teacher.” Your Tommy is too stupid to learn, get him out of the school,” His mother read the note and answered,” My Tommy is not stupid to learn, I will teach him myself.” And that Tommy grew up to be the great Thomas Edison. Thomas Edison had only three months formal schooling and he was partially deaf.

All success stories are stories of great failures. The only difference is that every time they failed, they bounced back. This is called failing forward rather backward. You learn and move forward. Learn your failure and keep moving.

Successful people don’t do great  things, they only do small things in a great way.

Setbacks are inevitable in life. A setback act as a driving force and also teach us humility. In grief you will find courage and the faith to overcome the setback. We need to learn to become victors, not victims. fear and doubts short-circuits mind.

Ask yourself after every setback. What did I learn from this experience? Only then will you be able to turn a stumbling block into stepping stone.

Great Hats off to U 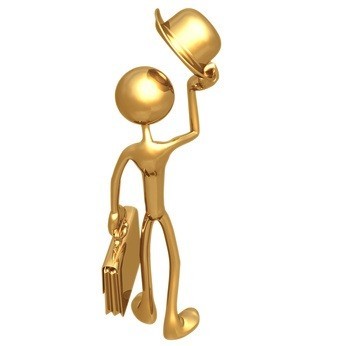 Success doesn't mean the absence of failures; it means the attainment of ultimate objectives. It means winning the war, not every battle.