What if you failed?

Well, for starters, the sky isn`t going to fall. Failing is sad, without doubt, but it isn`t the end of the world. Don`t take it to heart. Learn to take defeat with grace and learn from the mistakes. Don`t get into a self pity over spin. Don`t let it shatter your aspirations. Don`t let dejection clouds mount on you. Don`t curse the institute. Don`t insist that life has been unfair only to you. Leave your excuse behind in the nearest garbage can. If you become filled with excuses you will spin into mediocrity. Don`t stand on the sidelines. Take charge of your life. Pick back your self-confidence. Try your best. If you think that you cannot do it, that you do not have the capabilities, then, you will never accomplish anything. It is the attitude that counts. Remember everyone goes through a rough patch; but the winners are those who don`t fail. They tolerate failure, but never accept failure. They have the courage to face defeat without feeling defeated. They do feel disappointed, but never discouraged.

Take hold of your life. Take look around you. You will find skeletons in the cupboards of outstandingly successful CAs. Yes, they may not have cleared the exams in the first attempt. Had they given up at the time of failure, probably they would not have become as successful as they are now. By withdrawing from the CA course, you are compromising on the career of thirty full years ahead in life. Is it not worth spending six months extra if you get benefited for the next thirty years? 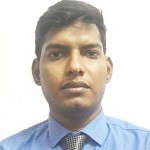 "Leave your excuse behind in the nearest garbage can"

What if you Failed? Highly Inspirational...

Life is like a coin. Success and Failure are its two sides. Only 1 side is visible at a time. But remember other side is also waiting for its turn.

Be proud that you gave your best, accept the faliure and move on with the determination to perform even better in future.

Ambition is the last refuge of the failure.
Oscar Wilde

very nice and motivational article, thanks sir for sharing.

Nothing can stop the man with the right mental attitude from achieving his goal .

Thanks a lot Balu sir