I have been reading a lot whether severance allowance/pay is taxable or not..but cud not find a document stating that it is. Rather have been able to accessa report that says about tax policy of INDIA and SRILANKA, by Mukul G Asher , clearly stating that  "Under the income tax laws, the maximum retrenchment benefit exempted from  the income tax is Rs. 0.5 million (US$10,900). Any benefit above this amount is subject  to individual income tax" ..

Any compensation received by a person due to the Retrenchment shall be exempt to the extent as stipulated underneath.

In simple terms all the amounts upto Rs 5 Lacs received as Retrenchment Compensation is fully exempt from Income Tax of India.

Compensations in excess of the above mentioned limits is taxable as salary or profit in lieu of salary which is however eligible for relief under Section 89(1) read along with Indian Income Tax Rule 21A.

The Section 25F(b) of Industrial Disputes Act provides for payment of retrenchment compensation equivalent to 15 days average pay for every completed year of continuous service or any part thereof in excess of six months.

LEAVE ENCASHMENT IS NOT APARTOF SEVERANCE PAY BEST TO MY KNOWLEDGE,SEVERANCE PAY IS The compensation that an employer provides to an employee who has been laid off, whose job has been eliminated, who through mutual agreement has decided to leave the company, or who has parted ways with the company for other reasons.

Thanks for the info again. However is there any CAP on LEAVE encashment , may up to a certain amount it is non taxable. I belive up to 1 lac it is non taxable and amount over and above will be taken as per normal tax laws. Also about the PF and GRATUITY withdrawl in this case. whether they will be taxable ..? sachin Read more at: /forum/details.asp?mod_id=237641&offset=1#.UQ-lP6W-nXp 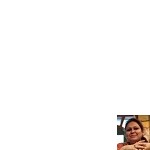 I have paid some employees severance pay & their salary was more than 30K. Can anyone help me wheather severance pay is taxable or not? If taxable then please let me know the process of charging tax?

The taxation of severance pay has many a times been a point of dispute between the recipients and the Income Tax authorities. While the professional feels that the compensation for loss of income should not be taxed, the taxman takes the view that the severance pay is a gain to the professional as there's no loss of competence to earn further professional income if one employment contract is terminated.

To tax or not

The IT laws do not clearly distinguish what kind of receipts are capital receipts and what are revenue receipts. A capital receipt is considered to be an amount which is received for loss of capital, for example, the amount received on loss of a source of income. On the other hand, a revenue receipt is an amount which is received as a gain or profit in a transaction, such as profit in trading by a trader. But there are many instances where difficulty arises in ascertaining whether the amount received is for loss of a source of income or profit in a transaction. Such borderline cases give rise to vexing problems and litigation with the tax authorities.

Recently, the Delhi High Court had an occasion to examine the taxability of a sum of money received by a professional journalist from a foreign publisher as compensation upon termination of contract (in the matter of CIT vs. Sharda Sinha).

The journalist had been working in India exclusively for a German news magazine for almost 23 years. During the time he was working with that magazine, he was paid a flat honorarium in addition to further payments for any published contribution. The news magazine decided to terminate the contract with him. Due to loss of work place and consideration of long time association, the German magazine paid him a compensation of 3,00,000 Deutsche Mark, that is, approximately Rs 54 lakh.

The income tax officer who assessed the journalist's income tax return studied this transaction and took the view that the journalist did not lose his right of authorship in future; he was free to contribute his articles and stories to other magazines or publications; therefore, the receipt is in the nature of a revenue receipt which should be considered as income from profession.

On appeal, the Commissioner of Income Tax (Appeals) or CIT-A, considered the payment to be an ex-gratia payment made by the news magazine in addition to the regular remuneration already paid. CIT-A was of the view that the compensation cannot be treated to constitute future profit remuneration; the payment had fatally injured the journalist's only source of income for the last 23 years; therefore, the compensation received is a capital receipt and is non-taxable.

The income tax authorities appealed against the order of the CIT-A to the Income Tax Appellate Tribunal (ITAT). The ITAT agreed with the decision of the CIT-A and passed an order in favour of the journalist.

The income tax authorities then took the matter to the Delhi High Court (HC). The HC heard both the parties. The income tax authorities argued that the journalist had not permanently lost the right to contribute to other magazines in future. The compensation received by him was only for termination of the present contract with the German news magazine. He was free to contribute to other magazines and publications in future and earn his income.

The counsel for the journalist argued that compensation was due to loss of his work place and in consideration of his long time association. This was a compensation for loss of an income generating asset, that is, loss of source of income.

The HC referred to similar other cases in the matter. It noted that the same court in the matter of Khanna and Annadhanam vs. CIT had held: "If the receipt represents compensation for the loss of a source of income, it would be capital and it matters little that the tax payer continues to be in receipt of income from other similar operations."

The HC also referred to a couple of Supreme Court (SC) decisions in similar circumstances wherein the SC had held that where a compensation is paid for termination of an arrangement which was in vogue for a fairly long period of time, the compensation has to be considered as a substitute for the source. Therefore, such receipts are not taxable.

Relying on the above decisions, the HC held that the amount received by the journalist from the German magazine is not taxable.

This is a very important and welcome decision by the Delhi High Court affecting the taxability of compensation received by professionals. The law relating to this matter is settling down with the view that a person should be taxable only for the income which he earns in the course of the profession. An amount received by him as compensation for loss of work or termination of long-term contract should not be taxable. Thus, this case law emphasises that the loss of a source of income is in the nature of a capital receipt and should not be taxable.