I have filed ITR2 before the Due date of filing ("139(1)-On or before due date"). Towards the end of filing there was a tax outstanding which was also paid under "300 - Self assessment tax" , but was missed to mention it in the ITR2 and ITR2 was filed. After filing the Demand of Tax was generated which was already paid by me.

I reentered the challan details of "Self assessment tax" paid,  in the ITR2 today and submitted the rectification JSON. One mistake I did in this is that rectification is filed as "139(1)-On or before due date" instead of "139(5)-Revised Return"

will this rectification gets reprocessed and then again resubmit the JSON with the "139(5)-Revised Return" ? Or I don't have to do anything ?

Rectification can be filed u/s. 154 of IT act, which cannot solve your problem,

Or 'disagree the demand' with the details given for the tax amount paid. 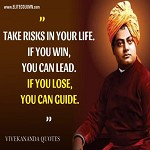 So this is an issue of revised return. In that case you must submitted the details.

It is common issue and it can happen practically.

Thanks All for your responses.

Dear Mr. Eswar Reddy S , Pending actions section just shows that I have accepted the demand. It doesn't show any option to enter challan details. I have entered challan details in the revised JSON Which got generated and filed the rectification for the same u/s 154 of IT act. but there is one mistake i did as stated above.

Dear sabyasachi mukherjee , Yes the revised return along with challan details of tax paid is filed but as stated above, One mistake I did in this is that rectification is filed as "139(1)-On or before due date" instead of "139(5)-Revised Return". Hence was looking for some guidance.

Looking for some guidance. thanks for your help.