Interest on loan given to & received from 100% subsidiary co

Clause (d) states that a holding company shall provide a guarantee or security to the banks or financial institutions in connection with the loan taken by the subsidiary company.

Provided that such loans shall be utilized by the subsidiary company for the purpose of its principal business activities; and not for any other activities.

I didnt Get it Exactly ?

no its not applicable.

read the provisions as per law

but i want to ask u what the query u asked ?

if u can repeat the query ?

1) Can holding company give interest free loan to its (100%)  subsiadiary company.

I got n u also even got the answer

thanks for the repeatation of query.

Is there any specific conditions for availing this exemption -

Other corporates have invested in share capital of holding company.

The Company cant give the Interest free loan to its 100% subsidiary company.

Explanation is given below:

Section 186 of the New Act makes it mandatory for the lender to charge interest at a rate higher than the prevailing yield of one year, three year, five year or ten year Government Security close to the tenor of the loan. It has now become mandatory for companies to charge interest on even loans given to their wholly owned subsidiaries. While this provides a mandatory cash repatriation strategy for some corporates, on the flip side it heavily burdens the group with the leakage on account of withholding tax on such interest payment and tax deductibility issues under the Income tax Act.

Replacing the existing loans with certain specific securities like equity or preference shares could be explored as an alternate strategy to fund the subsidiaries. Although, this may prove to be a costly affair for the corporates, considering the cost of maintaining higher authorised share capital.

Section 186(7) requires that no interest free ‘loan’ is given by a company. Does that mean that there is no requirement to have interest chargeability on ‘securities’ (which is not loan) subscribed by a holding company in another body corporate? There is no prohibition on a holding company acquiring by way of subscripttion, purchase or otherwise, the ‘securities’ (defined in Section 2(h) of the Securities Contracts (Regulation) Act, 1956 (‘SCRA’), to include shares, scriptts, stocks,bonds, debentures, debenture stock or other marketable securities of a like nature, derivatives, mutual fund units, Government securities) of a body corporate.

The issue of debate that crops up is whether interest free ‘debentures’ can replace the previous interest free loans advanced by companies. That is, whether debentures are to be treated as a ‘loan’ or a ‘security’. Explanation to Section 372A of the Old Act provided that ‘loan’ includes debentures or any deposit of money made by one company with another company, not being a banking company. However, Section 186 of the New Act does not provide any such explanation or definition of the term ‘loan’.

As per companies Amendment Act 2015-

C & D is another clause indicated by Or to sub clause (b) so holding company can provide loan to its fully owned private company.

Yes the Section 186 is Applicable to it. 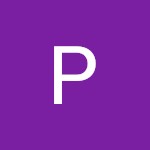 Can you explain in brief about Section 186?