GST council is going to be one of the decision making body of GST. Its responsibility is to decide the GST rates, GST on petro products, exemption list and the problem of dual jurisdiction etc.

It has 33 1/3% of votes from Centre and 66 2/3% votes from various states.  To make a single decision the requirement of votes is 75%. Now if we look into the present situation, if even all the states pooled their votes together they cannot make 75% hence practically the centre has the Veto power.

The centre has 33% votes and in any case the ruling front generally have state governments of their own in more than 50% states so in that case centre with the help of its own state government can take a decision because in that case it needs 42% votes from the states.

So in the GST council the position of Centre is very strong. GST will not only make the Centre economically strong but also give it strong decision making power as compared to the states.

Very True and Thanks for Sharing the same... 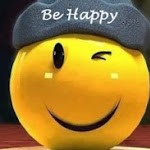 sir my co. registered in delhi (residence place) under gst we are doing event and management work in goa my question is
1) what will we charge to client cgst,sgst, igst
2,) if i generate a bill from delhi and charge igst i am unable to take my input in case of if i did not take causal taxable person gst registration
3) sir if i take temp registration for prescribe period so i will have to take so many registration in a months and how will we manage our accounting
and if i generate bill for event which held on goa from delhi so is it.compulsory that our temp gst no should be in bill and charge cgst and sgst from client so that we can claim cgst and cgst input pls reply

1. GST registration is required if your turnover exceeds INR 20 lakhs

2. If you are not a registered person you cannot charge CGST, SGST or IGST

3. For any inter -state i.,e outside the state bill, IGST has to be charged

4. If you are registered person, you need to file monthly return for which you need to hire an accountant.

what about gst input as per my question pls help

I think I responded to your query. Request you to recheck