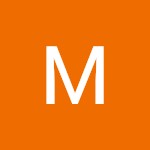 Generally, Form 15ca CB isn’t essential to make a price overseas if expenses fall under the described limit. That’s due to the fact you’re a member of the Remittee. In the case of hire charged to NRIs / overseas vendors, Under Section 195 of the Income Tax Act 1961, any man or woman accountable for creating a price to non-citizens shall subtract TDS on the quotes in the region from the bills rendered or credit granted to non-citizens. The Reserve Bank of India additionally calls for that, besides such non-public remittances which have been expressly removed, no remittances ought to be rendered to a non-resident without sending a mission in Form 15CA accompanied through an accountant’s certificates in Form 15CB, Remember that this is

If you pay a foreign merchant, it is your responsibility to find out if the referrer is an NRI, which will make it easier for you to deduct TDS for invoices and make it easier to comply with income tax laws. This obligation and power are to increase the transfer tax because non-residents will not be able to apply for tax in the future. According to Article 37BB of the Income Tax Regulations of 1962, it was reported on the 15CB form.