20 December 2016
u/s 44AD of the IT Act, business income is PRESUMED to be 8% of the turnover of such business, but if the real profit is 10% or any profit rate above such 8% then how shall it be treated?

Anything above 8 % is permissible for presumtive taxation with no audit required otherwise audit is required. 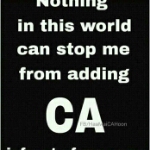 yes for profit above 8% u can use sec44Ad.
but if u show profit below 8% then u need do conduct audit
but don't forget this is for turnover below 2 CR
3 Like

U have option to choose 44ad or normal slab 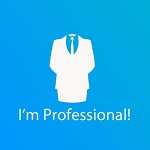 I guess Mr Arun Jaitley has just told in the media that they "may pay 6 %" if they digitilize but i do not believe now with whatever this guys are telling is truth or lie. So guys this might not be true unless and untill they make it law.

There is a CBDT Press Release in this regard. I have attached the same for your reference.

Question#1: Firstly Section 44AD of The Income Tax Act, 1961 is a special provision for computing income on Presumptive Basis.

Now the question that crosses one's mind is "Then whats the point of having such a presumptive rate of tax??". To this I would say, where an assessee opts for this section, the IT Dept. cannot compel him to furnish Books of accounts as long as his Income offered to tax does not fall below 8%. ie., you dont have to maintain books of accounts if your Gross receipts does not exceed Rs.2 crore.

Question#2: Where one has opted for section 44AD, declares income @ 8% and later his actual profit for the relevant year turns out to be 20%.. Would he be in trouble?

Well, if the Dept. is able to corroborate the fact that you have actually made profit @ 20%, then you may just have opened up the doors for trouble. You will get penalised under the notorious section 271(1)(c) - Concealment of Income and also u/s 270A as introduced by Finance Act 2016.

Please refer the following thread for a comprehensive discussion on this topic:
Read more at: /forum/details.asp?mod_id=377832&offset=1

Coming to the recent Press release regarding the reduction of Presumptive tax rate from 8% down to 6% for digital receipts:

Ever-since the moment, Shri. Arun Jaitley had announced the above reduction in rate to be a TAX RELIEF for all small businesses, many have interpreted that every assessee who opts for Section 44AD, may now have to declare only 6% of Gross Receipts regardless of the level of actual profits.

However I choose to disagree with the above interpretation. I would say, only a small business (say, having receipts vide digital means only) having meagre profit ratio ranging below 6%, may get the benefit of "TAX RELIEF". Earlier, if he did not want to maintain Books of accounts, he had to opt for Section 44AD and pay tax on atleast 8% of Gross receipts (eventhough actual profits were less). However, once the above amendment is brought in, he may have to pay tax only on 6% of Gross Receipts (instead of 8% earlier). This is the Tax Relief (2% of gross receipts) that Shri. Arun Jaitley seems to have referred to. Hence, any assesse earning more than 6% profits, still has to declare such higher profits as income.

The so-called "Relief" will be available only to the ones who didnt want to maintain Books of accounts, who accept receipts by digital modes AND whose actual profits were less than 8% earlier. Such assessee may now declare 2% lesser income.

Hence the position of having to declare 6% of Gross Receipts or Actual profits, whichever is higher, still seems to stand strong inspite of the proposed amendment.

In the case of businesses receiving income in cash, the tax rate appears to be the same as earlier (8%).

For now, We'll just have to wait and see how this amendment ends up in the Finance Act 2017.

Profits are taxable in the usual manner and any investments made later out of all such unassessed  profits are accountable to tax,

It looks like all view points are based on theoretical interpretations. Looks like only students hang out in caclub forums.

Let me tell you, under section 44ad , profit is not calculated normallly (which is turnover - expense), but is considered on presumptive basis. It's straight from FAQs in Income Tax India's website.

My clients who are eligible under section 44ad, have been filling returns at 8-10% even if there actual profit ranges from 20-30% from last 10 years. As long as your turnover is correct, you won't have any problem, if you invest excess income anywhere.

There've been couple of cases where the cases have come under scrutiny, (AIR based). but the reply with proper evidence of correct turnover  was accpeted by the AO without any problem.