when can Service tax cenvat credit be claimed ...... on booking or payment basis.

Second Provisio to Rule 4(7) of CENVAT Credit Rules, 2004 states that CENVAT can be availed on the date of receipt of invoice(i.e. on due basis). However, if the payment to the Vendor is not made within three months from the date of invoice, then the CNEVAT Claimed earlier needs to be reversed.

So, in your case, though you could claim CENVAT in Dec'12, but since you had made payment in June'13(i.e. beyond three months), you should have reversed CENVAT in March'13. and subsequently avail the same in June'13.

Yes, Mr. Sumit has given the reply as per the law. so it is better that we should take the CENVAT credit of service tax after payment. If we sure that we will make the payment within 3 months then we can take the credit at the time of booking of bills. so to avoid reversal and litigation. 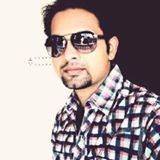 How much cenvat credit we can avail ?

Is it 100% service tax paid on input services or in proportion ?

The Service tax shown in the Invoice you can cliam 100%