I am not holding the COP and prepared a projected financial statement. Client is asking me to sign. Can I sign the same stating that it has been prepared on the basis of information provided and its merely an estimate which can vary in the future and I am not liable for its accuracy.? 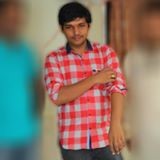 
In the latest judgement in Binod Kumar Agarwala vs. CIT, the Hon’ble Calcutta High Court has signaled a zero-tolerance policy towards the alleged nefarious practice of CAs.


The High Court slammed the CAs for certifying bogus loans and misleading lenders, which in turn has led to the colossal NPAs.


“The matter is typical of how business is conducted in this country and why loans obtained from banks remain unpaid,” the High Court observed.


The assessee committed fraud on the bank and obtained credit facilities by misrepresenting its financial position.


To aid him in the criminal act, a firm of chartered accountants named
‘Roy Ghosh and Associates’ issued a certified balance sheet containing
bogus figures.


The CA firm boldly issued a disclaimer stating that the figures “have no relation with the actual figures”.


“We are giving the information and explanations herewith purely
based on estimate basis and have no relation with the actual figures and
to avail the bank loan.”, it was stated.


The High Court seethed with anger at the blatant temerity of the Chartered Accountant in certifying the bogus balance sheet.


“The substance of the appellant’s submission is that to suit a
person’s purposes before one authority or the other, different pictures
as to the financial position of such person or any entity under the
control of such person may be presented.


This is a question larger than any legal issue under the Income Tax Act and is a matter of public policy.


It is inconceivable that a person may approach a bank by
inflating the value of his assets and a few months down the line he can
deflate the value of the assets, so to say, while queuing up to pay tax.”


It is scarcely expected of a banker to question the veracity of
any accounts certified by a firm of chartered accountants or to look
into the fine print and comprehend therefrom that utterly bogus figures
had been furnished only for the purpose of availing of the credit
facilities from the bank”, it was observed.


The High Court came down heavily on the practice of painting a rosy
picture as to the financial position of the applicant seeking credit
facilities while at the same time slipping in another balance-sheet and
P&L A/c in the income-tax records indicating a less robust financial
position of the constituent.


It described Roy Ghosh and Associates as a “willing accomplice” to this criminal and fraudulent practice.


It also held that the accounts cannot be “tailor-made to suit a
particular purpose or window-dressed to make it attractive for bankers
to rely thereupon and all the gloss and sheen removed thereafter when it
was the time to pay tax.”


ITAT hauled up for not reporting the CA to the ICAI


The ITAT passed strictures and observed that a Chartered
Accountant
is governed by certain discipline and he has to conduct audit in
accordance with the provisions and rules of the Chartered Accountants
Act.


It also noted that Schedule II and Part 1 holds a chartered
accountant guilty of professional misconduct if he permits his name or
name of his firm to be used in connection with the audit based on
estimate.


However, the High Court hinted that the ITAT should have gone further and been vigilant towards the abetment by the CA in the “commission of a colossal act of misrepresentation”.


“Indeed the Appellate Tribunal may only be faulted for not
reporting Roy Ghosh and Associates to the Institute of Chartered
Accountants for having apparently abetted in the commission of a
colossal act of misrepresentation which the appellant assessee undertook
before his bankers for the purpose of obtaining credit facilities by
indicating a financial position that was not warranted by the books of
the assessee”, it held.


ICAI directed to examine the issue


Ultimately, the Hon’ble High Court directed that a copy of the order
be sent to the ICAI for appropriate steps, if thought fit, to be taken
against Roy Ghosh and Associates in accordance with law and upon due
notice to such firm of CAs.


Whether the ICAI has taken any steps pursuant to the directions of the High Court is not known as of date.