Buy back of shares of a pvt ltd company

A private limited company has two directors with 51% and 49% of shares and the problem is that the 49% share holder wants to retire and want to sell the shares and 51% director was not financially sound to buy the same and there are no buyers available in outside market.

the 49% share holder deseprately want to sell the shares and is it possible for a company buy its own shares by providing land that company holds in its name equivalent to the share's value by transfering the name from company to individual (ie) 49% share holder so that he can sell the land and get money?

the 51% share holder aggrees for the same but to know what the law says and is this feasable and requesting you all to help in this by providing where to start.

also would like to know will the company suffers any taxation on this? 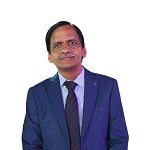 Detailed provisions relating to buy-back of shares are contained in Sec.77A of Companies Act 1956 read with Pvt Ltd Co. & Unlisted Public Co. Buy Back Rules 1999.  Decision on buy back will require detailed study of your financials and other factors and hence it will be advisable to engage some professional for the same.  However, a few important points are:

- Buy back amount cannot exceed 25% of paid up capital & free reserves as per last audited B/S.

- No. of shares to be bought back cannot exceed 25% of paid-up equity in one financial year.

- You have to deposit buy back amount in separate bank account and hence land cannot be given in exchange for shares.  You may have to sell land first.

- Debt equity ratio after buy back should not be more than 2:1.

The Company can buy its own share subject to provision highlighted by PC Agarwal above.

But since the Comapny has only 2 shareholders, Buying back will result into reduction of number of shares below statutory minimum of 2. Take Care of this point. To avoid this, 51% holder can transfer some shares to some of his family member before such Buy Back.

Yes, both Company and the concerned shareholder will be liable to Tax on the profit earned. 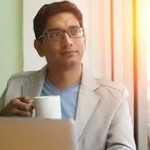 As per the provisions of Companies Act 2013, no company (Public Company or Private Company) can buy its own share (sec 67).

1. Lending of money by a banking company in the ordinary course of business.

3. The giving of loans by a company to a person in the employment of the company other than it’s director or key managerial personnel for the amount not exceeding their salary or wages for a period of 6 month with a view of enabling them to purchase fully paid up shares in the company or its holding company. (I.e. the loan given by the company to its employees other than directors and key managerial person not exceeding their salary or wages of 6 months enabling them to purchase the fully paid up shares of the same company.)

A company cannot purchase the shares of its subsidiary or of its holding. However it has following exceptions-

If you are preparing for Chartered Accountancy, you can improve your presentation skills and analytical skills by attempting the mock test paper of Prepca. Their mock test will help you to convert you 40s into 60s.

Hope this clears your doubts!