Once a man was waiting for a taxi.

A beggar came along and asked him for some money. The man ignored him. But being a professional, the beggar kept on pestering him. The man became irritated when he realized that the beggar would not leave him alone unless he parts with some money. Suddenly an idea struck him. He told the beggar, "I do not have money, But if you tell me what you want to do with the money, I will certainly help you." "I would have bought a cup of tea", replied the beggar. The man said, "Sorry man. I can offer you a cigarette instead of tea ".

He then took a pack of cigarettes from his pocket and offered one to the beggar. The beggar told, "I don't smoke as it is injurious to health." The man smiled and took a bottle of whisky from his pocket and told the beggar, "Here, take this bottle and enjoy the stuff. It is really good". The beggar refused by saying, "Alcohol muddles the brain and damages the liver ".

The man smiled again. He told the beggar, "I am going to the race course. Come with me and I will arrange for some tickets and we will place bets. If we win, you take the whole amount and leave me alone". As before, the beggar politely refused the latest offer by saying, "Sorry sir, I can't come with you as betting on horses is a bad habit ".

Suddenly the man felt relieved!! and asked the beggar to come to his home with him. Finally, the beggar's face lit up in anticipation of receiving at least something from the man. But he still had his doubts and asked the man, "Why do you want me to go to your house with you".

"My wife always wanted to see how a man with no Bad habits looks like." 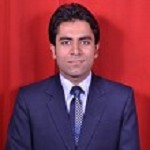 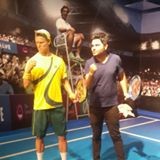