Why i am quitting my job

Why I am quitting my job

MUMBAI: Yes, I am quitting my job. Now if you are expecting me to reveal some juicy details to explain my moment of Epiphany, I am sorry, I have to disappoint you.

I am no Greg Smith, and neither is my company Goldman Sachs. I am not going to look for another job either. I know I could be faulted for being vain or foolhardy. Lest you conclude that I have accumulated enough money to last a lifetime (are you kidding, no guy worth his increments these days can claim that), let me tell you the reason why.

I am quitting because I don't need a job. And I have the government and India's motley crowd of political parties to thank for. Don't be surprised.

With MGNREGA (or Mahatma Gandhi National Rural Employment Guarantee Act for the acronym-challenged, also known as NREGA) providing me enough hard cash for my daily needs (whether I work or shirk), only an insane person will stick with the drudgery of corporate life with its unrealistic demands of deadlines, meaningless bullet-point presentations, uncanny appraisals, KRAs and what have you.

While it's a 'Tendulkurean' task to score a high rating, a NREGA beneficiary has greatness (read wage hike) thrust on him, something that's matched only by the prime minister under Madam. (For the uninitiated, the govt just raised the minimum wage under NREGA to Rs 155 although no one demanded it).

Mountain comes to Mohammad, you see. Unlike a corporate executive who has little choice but to meet the known and unknown targets to earn a pay hike, for a NREGA beneficiary, increments are a given. Only the quantum and the frequency are directly proportional to the strength (or the lack of it) of the ruling party.

And if you thought the NREGA beneficiary moves mountains in villages to earn his keep, I would invite you to travel with me to a village, any village. The government is transforming the once industrious folks who had happily worked real hard to eke out a living into lazy squatters around some village well.

I am no fool to believe that Rs 155 a day is large enough for me to quit my job. It's hardly an amount to survive on in these inflation-hit days although our venerable Planning Commission chief would have you believe the amount is a luxury for an Indian. But Rs 155 is money for keeps when you consider the upcoming scheme on our way from the benevolent government: The Right to Food.

Once this bill comes into force, food on the table will be the government's worry, not mine. And you don't have to be a psephologist to predict that as years pass and parties take turns to rule, the definition of right to food will expand to mean delicacies and an occasional day out at McDonald's with free burger coupons, gratis some local corporator or MLA. What about those small luxury items, did you ask? C'mon, give the devil his due.

Tell me, is anyone out there foolish enough to spend on things like cycles, laptops, tablets, sarees, washing machines, LCDs, (even Nanos, can you beat it?) when politicians of all hues are falling head over heels to pamper you with such gifts? (I recall with regret the struggle I went through to save enough for an LCD television a few years ago. How silly of me not to have waited for some time!).

And all that these politicos ask is my humble vote. The next time round, I won't choose between candidates to vote, my vote is for the guy who offers me a gadget that I don't own now. And with the frequency of elections only increasing, thanks to the rise of maverick allies around the country, I will have plenty of goodies to choose from. What about the children's education?

Guys, you are so 19th century. The financial planners who propagate such ideas haven't heard of Right to Education under which every child has a right to be educated and your government will foot the bill. Granted, this right is only for eight years of elementary education.

But, I would be naive not to expect future governments to raise this to higher levels with each passing election. And if you thought, you've had enough of the goodies, perish the thought. The government will continue to delight you with more Yojanas. 'Rahul Gandhi Broadband Yojana' could soon be on its way under which every villager would be linked with a broadband connection on his gifted laptop ... 'Robert Vadra Motor Cycle Yojana' under which every villager could be provided with a bike (cycles are so pedestrian) to help him join in future bike rallies that will soon be the order of the day.

With the government having taken care of all your needs, if you are wondering what to do with those unused NREGA money, just do the maths: Rs 155 for six days a week for 52 weeks will fetch you Rs 48,360 a year. Thank Pranabda, you have a Rs 50,000 tax-free newly-minted Yojana to go for: Rajiv Gandhi Equity Yojana. Your finance minister wasn't announcing the scheme for nothing.

If I am worried about my retired life, I've no reason to. There's this existing Pension Yojana to take care of me, namely, Indira Gandhi Vrudhapkal Nivrutti Vetan Yojana. The Yojana list is endless. At the last count, there are over two dozen schemes named after various members of India's unofficial first family. And the family tree is only growing!

(Disclaimer: This is no heartless bid at making a claim to the aam admi's lunch. But with the kind of taxes the honourable finance minister has imposed on the salaried class, I would have anyway become an aam admi by force. So why not become one by choice? I'm lovin' it, so is my vote seeker. Wanna join?)
https://economictimes.indiatimes.com/news/news-by-industry/jobs/why-i-am-quitting-my-job/articleshow/12449493.cms 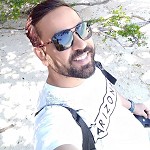