on which amt tds should be deducted

TDS is deducted on payment to resident individual, so same person paying rent to same party for 2 different properties, TDS should be on the aggregate amount.

TDS WILL BE DEDUCTED ON ENTIRE 400000 as the same is paid to single person..B have to deduct TDS 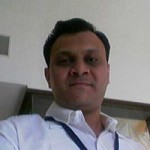 Limit is for per person and not per property

Tds will be deducted for the entire amount

Limit is for per person

Limit is for per peroson

Mine is a Partnership firm. we pay the rent by cheque  on every 10th and deduct TDS and the amount so deducted is remitted to Government within 7 days from the date of deduction.

We do not pay the rent in advance. i.,e the rent for the month of August 2014 is paid on 10th September 2014. My question is what is the time limit available as per law to remit the TDS on Rent to government.

“Time and mode of payment to Government account of tax deducted at source or tax paid under sub-section (1A) of section 192.

(a) on the same day where the tax is paid without production of an income-tax challan; and

(b) on or before seven days from the end of the month in which the deduction is made or income-tax is due under sub-section (1A) of section 192, where tax is paid accompanied by an income-tax challan.

(a)   on or before 30th day of April where the income or amount is credited or paid in the month of March; and

(b)  in any other case, on or before seven days from the end of the month in which-

(3)  Notwithstanding anything contained in sub-rule (2), in special cases, the Assessing Officer may, with the prior approval of the Joint Commissioner, permit quarterly payment of the tax deducted under section 192 or section 194A or section 194D or section 194H for the quarters of the financial year specified to in column (2) of the Table below by the date referred to in column (3) of the said Table:-

You have to deduct TDS on payment or booking whichever is earlier.

In your case booking is earlier. As mentioned in your discussion, for the month of August, booking of Rent expenses is made on 31st August and TDS is also deducted on the same date, hence the payment should be done till 7th of September. But as discussed by you, you deposit TDS till 17th September than an interest of 1.5% for 2 months (i.e, 3 %) will be charged on the amount of TDS.

Please rectify the error from next month and avoid the interest payment. 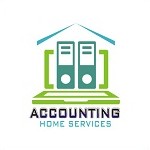 IN CASE OF TDS ON RENT DEDUCT TDS ALWAYS ON EXCLUDING SERVICE TAX.