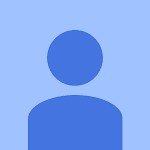 Is from Basic pay + DA we have to diduct PRCarrears & DA arrears received? 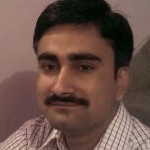 salary for purpose of hra means basic plus da

salary for purpose of hra means basic plus da

arrears are related to previous year

we are considering the rend paid in current year

1. From a general understanding "Salary arrears" are those part of salary income which a person has earned by but it been paid to him late.
2. For example, Mr. A received arrears relating to FY 2017-18 in the year 2018-19. This arrears of salary income was received by him during the year 2018-19 but actually, it relates to FY 2017-18. This component of salary arrears will have a component of Basic plus DA and other allowances. The salary structure will take a revision after the payment of arrears. The increased amount will be paid after receipt of arrears.
3. From the above perspective, we can say arrears too have a component of Basic and DA which is ultimately paid as "Salary arrears". Hence it should also form part of your salary for the purpose of computation of HRA u/s 10(13A).
4. Since salaries are taxable whether received or earned, this arrears salary effectively belongs to previous year however since tax could not be paid on account of non-payment (or accrual) it is getting taxed during the current year and thus relief u/s 89 is available.
5. So for the purpose of computation of HRA, salary should also include Basic and DA. If the break of salary arrears was not available, then manual bifurcation of basic and DA shall be done and added as a part of the salary.
6. However there is no clear explanation on the same in the Income-tax, the above view was based on the conceptual angle.
Please correct me if the above interpretation has an alternative view.

Thanks for your interpretation,

my doubt came from my logic only.